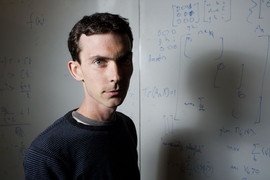 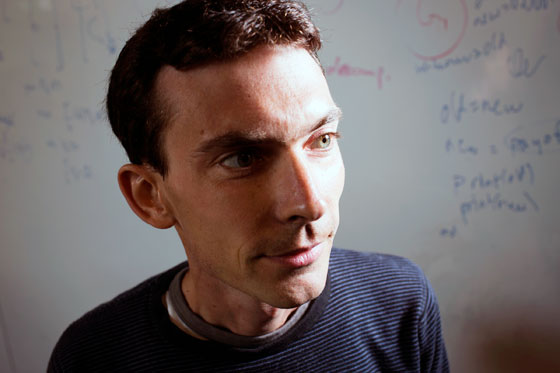 Twenty years ago, researchers showed that if the questioner in an interactive proof is able to query multiple omniscient respondents — which are unable to communicate with each other — it can extract information much more efficiently than it could from a single respondent. As quantum computing became a more popular research topic, however, computer scientists began to wonder whether such multiple-respondent — or “multiprover” — systems would still work if the respondents were able to perform measurements on physical particles that were “entangled,” meaning that their quantum properties were dependent on each other.

At the IEEE Symposium on Foundations of Computer Science in October, Thomas Vidick, a postdoc at MIT’s Computer Science and Artificial Intelligence Laboratory, and Tsuyoshi Ito, a researcher at NEC Labs in Princeton, N.J., finally answer that question: Yes, there are multiprover interactive proofs that hold up against entangled respondents. That answer is good news for cryptographers, but it’s bad news for quantum physicists, because it proves that there’s no easy way to devise experiments that illustrate the differences between classical and quantum physical systems.

It’s also something of a surprise, because when the question was first posed, it was immediately clear that some multiprover proofs were not resilient against entanglement. Vidick and Ito didn’t devise the proof whose resilience they prove, but they did develop new tools for analyzing it.

In an interactive proof, a questioner asks a series of questions, each of which constrains the range of possible answers to the next question. The questioner doesn’t have the power to compute valid answers itself, but it does have the power to determine whether each new answer meets the constraints imposed by the previous ones. After enough questions, the questioner will either expose a contradiction or reduce the probability that the respondent is cheating to near zero.

Multiprover proofs are so much more efficient than single-respondent proofs because none of the respondents knows the constraints imposed by the others’ answers. Consequently, contradictions are much more likely if any respondent tries to cheat.

But if the respondents have access to particles that are entangled with each other — say, electrons that were orbiting the same atom but were subsequently separated — they can perform measurements — of, say, the spins of select electrons — that will enable them to coordinate their answers. That’s enough to thwart some interactive proofs.

“That’s basically the idea, except that you do it in a much more high-dimensional way,” Vidick says. “Instead of having two dimensions, you have ‘N’ dimensions, and you think of all the questions and answers as being a small, N-dimensional cube.”

This type of proof turns out to be immune to quantum entanglement. But demonstrating that required Vidick and Ito to develop a new analytic framework for multiprover proofs.

According to the weird rules of quantum mechanics, until a measurement is performed on a quantum particle, the property being measured has no definite value; measuring snaps the particle into a definite state, but that state is drawn randomly from a probability distribution of possible states.

The problem is that, when particles are entangled, their probability distributions can’t be treated separately: They’re really part of a single big distribution. But any mathematical description of that distribution supposes a bird’s-eye perspective that no respondent in a multiprover proof would have. Finding a way to do justice to both the connection between the measurements and the separation of the measurers proved enormously difficult. “It took Tsuyoshi and me about a year and a half,” Vidick says. “But in fact, one could say I’ve been working on this since 2006. My very first paper was on exactly the same topic.”

Dorit Aharonov, a professor of computer science and engineering at Hebrew University in Jerusalem, says that Vidick and Ito’s paper is the quantum analogue of an earlier paper on multiprover interactive proofs that “basically led to the PCP theorem, and the PCP theorem is no doubt the most important result of complexity in the past 20 years.” Similarly, she says, the new paper “could be an important step toward proving the quantum analogue of the PCP theorem, which is a major open question in quantum complexity theory.”

The paper could also have implications for physics, Aharonov adds. “This is a step toward deepening our understanding of the notion of entanglement, and of things that happen in quantum systems — correlations in quantum systems, and efficient descriptions of quantum systems, et cetera,” she says. “But it’s very indirect. This looks like an important step, but it’s a long journey.”