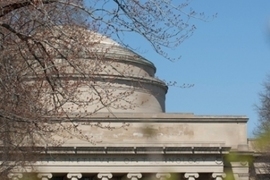 In the last decade, there has been a near doubling in the number of women faculty in science and engineering at MIT, and those women have an increasingly positive experience at the Institute, according to a new report released today. However, there are still issues that need to be resolved to increase the recruitment, retention and equity of women faculty members at the Institute, the report notes.

A follow-up of two previous MIT reports, from 1999 and 2002, this new study examined the status of women faculty in the School of Science and the School of Engineering. It was commissioned as part of MIT's 150th anniversary, and coincides with an upcoming symposium, "Leaders in Science and Engineering: the Women of MIT," which will take place at Kresge Auditorium on March 28 and March 29.

The 1999 and 2002 reports showed that women faculty members at MIT felt professionally marginalized — through access to fewer resources and exclusion from departmental decision-making, for example. The reports had remarkable impact both at MIT and nationally, identifying several areas that needed to be addressed: the low number of women faculty, their exclusion from administrative decisions and the difficulty for them in combining work and family responsibilities.

The new report, however, shows that progress toward resolving those issues has been made. In both schools since 1999, the number of women faculty increased significantly (from 30 to 52 in science and 32 to 60 in engineering) and in both schools women now hold several senior administrative positions.

Noting that nearly all the women faculty members from science and engineering opted to participate in the study, Lorna Gibson, the Matoula S. Salapatas Professor of Materials Science and Engineering and chair of the School of Engineering study, said the "change in the environment" over the last decade is apparent.

"I chaired the study 10 years ago for engineering, and if you had asked me then how much better I thought it could get for women faculty, I never would have thought that we would get this far in 10 years," she said.

In science, the women faculty members reported that "the Institute is a much friendlier and supportive environment than perceived from the outside." In engineering, "there is a strong sense of excitement … about the intellectual atmosphere at MIT," the report notes.

Hazel Sive, associate dean in the School of Science and professor of biology, said talking to women faculty around MIT provided some "unexpected" insight.

"We learned a great deal about the commonality of experience, and new problems that have surfaced, including the increasing number of dual-career couples and the challenges they face,” said Sive, who chaired the School of Science study.

In reporting the successes since the 1999 and 2002 reports, the new report also shows where there is continued room for improvement. In science, there remain concerns about faculty search procedures, which the report states can lead to unfair perceptions about how women faculty are hired and promoted. The report noted that MIT is "family-friendly," but that child-care issues are still perceived as "women's" issues rather than "family issues."

Associate Provost for Faculty Equity and Institute Professor Barbara Liskov noted that overall the study showed that women at MIT were "really happy," but that the work is not done.

"It's a continual process. I think this topic requires attention, and we can't forget about it or think that the problems are solved," Liskov said, noting that putting the report together "was a lot of work, but it was worth it, and I think it will be very useful going forward."

Recommendations noted in the report include improving the mentoring system for junior faculty, increasing access to and providing financial aid for child care, consulting with women on department head appointments and implementing systems to deal with gender-based harassment.

"I have enormous admiration for the faculty members who led the original study, for the many Institute leaders who have sustained the momentum since then, and for the women faculty who prepared this illuminating follow-up report," said MIT President Susan Hockfield. "The momentum of MIT’s research-based changes has helped women scientists and engineers at universities around the world advocate for equitable working environments that enable them to thrive."