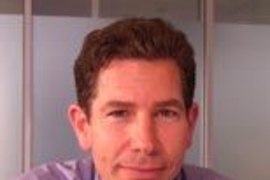 The Lemelson-MIT Program today named Dr. Joel Selanikio, co-creator of an open source mobile software tool for public health workers in the developing world, as the recipient of the 2009 $100,000 Lemelson-MIT Award for Sustainability in recognition of his accomplishments in public health and international development. Selanikio, co-founder of DataDyne and assistant professor of pediatrics at Georgetown University Hospital in Washington, will accept the award and present his innovation to the public at Massachusetts Institute of Technology (MIT) during the Lemelson-MIT Program's third annual EurekaFest, a multi-day celebration of the inventive spirit, on June 24-27.

Selanikio's EpiSurveyor, which aids in disease surveillance and the collection of public health data in developing nations, is now the most widely adopted open source mobile health software in the world.

"Joel's inventiveness and ability to leverage his unique, multi-discipline background is impressive," states Theresa Bradley, team leader of the World Bank's Development Marketplace, whose organization nominated Selanikio for the award. "He is a thought leader in the area of mobile health for developing countries and is dedicated to improving global public health by creating sustainable technologies that are scalable, affordable and practical."

Selanikio became devoted to improving data collection in public health while working as a U.S. Public Health Service officer at the Centers for Disease Control and Prevention (CDC). He found that existing means of data collection for disease surveillance and immunization programs were inefficient - health workers carried hundreds of thousands of sheets of paper to the field, a process that was inconvenient, expensive and environmentally unsound. Moreover, after the paper forms were filled out, the data would need to be manually entered into a computer system for analysis, which could take more than a year; this paper-based system severely hampered the ability for health organizations to evaluate the success of their programs and move quickly in battling disease outbreaks.

With the proliferation of mobile phones and personal digital assistants (PDAs), Selanikio recognized the potential of handheld computers in dramatically improving the data collection process. "I set out to develop software that was extremely simple to use; taking the skills, expertise and capacity that previously came with hiring a consultant and instead, put the necessary tools into the hands of the actual public health officer, nurse or physician," states Selanikio. "I was determined to make the software both free and open source, as not to raise barriers to data collection."

It is uncommon for most citizens in developing countries to own desktop or laptop computers, but the use of mobile technology continues to grow with 64 percent of all mobile users living in developing nations. Selanikio and partner, technologist Rose Donna, formerly of the American Red Cross, co-founded DataDyne, a nonprofit devoted to information and communication technologies for public health and development, to capitalize on the prevalence of this hardware as the platform for EpiSurveyor. This free software package, which can be downloaded onto handheld mobile devices, allows health workers to become fully self-sufficient in programming, designing and deploying health surveys, eliminating the need for costly outside consultants, paper and manual data entry. EpiSurveyor enables full cycle data collection from surveillance of diseases affecting populations, to evaluating treatments, to monitoring the success of treatments in preventing outbreaks and improving health.

"Using EpiSurveyor on PDAs, and most recently on common mobile phones, allows the process of collecting essential data of every kind to happen more easily, cheaper, faster and at a higher quality," states Dr. Mark Grabowsky, medical officer for global health, Centers for Disease Control and Prevention. "In Africa and across the globe, EpiSurveyor is enabling thousands of public health officials to have a clearer knowledge of priorities, successes, problems and the future path of public health."

It was once unheard-of for developing countries to collect their own national-level health statistics. This process is now becoming routine and economical thanks to the EpiSurveyor technology. In partnership with the World Health Organization and participating ministries of health, DataDyne and the United Nations Foundation and Vodafone Foundation Technology Partnership are currently training and equipping health workers in more than 20 sub-Saharan African countries with the tools to make smart decisions about critical public health issues, making it easier to combat deadly diseases and save lives.

Already, EpiSurveyor has had an enormous impact in Africa; playing a role in the hugely successful Measles Initiative for measles vaccination, which has helped reduce measles deaths by nearly 90 percent in Africa since 2000. In Zambia and Kenya, the EpiSurveyor software has streamlined the inoculation of children against measles, provided new information on HIV and even helped to contain a polio outbreak.

"Joel's achievements are a great example of a successful alliance between public and private institutions," states Joshua Schuler, the executive director of the Lemelson-MIT Program. "His innovative thinking combined with the support of the United Nations Foundation and Vodafone Foundation has not only strengthened the global public health system, but has transformed lives - a true collaboration revealing the power of innovation."

Applications for the 2010 $100,000 Lemelson-MIT Award for Sustainability are now available at http://web.mit.edu/invent/a-award.html. Each year, the award recognizes and supports an inventor or innovator whose work enhances economic opportunities and community well-being. For questions, please contact lemelson_awards@mit.edu.

ABOUT THE LEMELSON-MIT PROGRAM

Jerome H. Lemelson, one of U.S. history's most prolific inventors, and his wife Dorothy founded the Lemelson-MIT Program at the Massachusetts Institute of Technology in 1994. It is funded by The Lemelson Foundation, a philanthropy that celebrates and supports inventors and entrepreneurs in order to strengthen social and economic life in the U.S. and developing countries. More information on the Lemelson-MIT Program is online at http://web.mit.edu/invent.

A version of this article appeared in MIT Tech Talk on April 29, 2009 (download PDF).