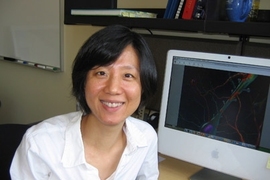 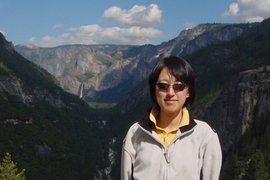 A facility exploiting viruses' ability to inject DNA precisely and efficiently into brain cells and two new experts on the molecular underpinnings of the brain's ability to change in response to experience will bolster neuroscience at MIT, home to one of the largest brain sciences research centers in the world.

With funding from an anonymous donor, the Picower Institute for Learning and Memory and the McGovern Institute for Brain Research are establishing a new core facility for viral vector research geared toward understanding the brain through genetic manipulation of the nervous system.

Viral vectors --Â used to deliver genes directly into cells in living animals for basic research and for human clinical applications --Â have become an essential tool for manipulating gene expression in the nervous system.

Viruses are masters at infiltrating their own DNA into host cells. Viral vectors exploit this ability, and are engineered to make the viral particles safe and incapable of replication.Â In addition to serving as a basic research tool, similar vectors are used for gene therapy and are being tested clinically for nervous system diseases including Batten disease, Alzheimer's disease and chronic pain.
Â
"Because production of these viruses requires special expertise not often found in neuroscience labs, the new facility will be an important enabling resource for the Picower and McGovern institutes. We expect that it will support a wide range of research programs in basic and translational neuroscience," said Mark F. Bear, director of the Picower Institute and a driving force behind the facility.

The viral core facility will be directed by Rachael Neve, a former faculty member at Harvard Medical School and director of the Molecular Neurogenetics Laboratory at McLean Hospital in Belmont, Mass., and one of the world's foremost experts on gene delivery in the nervous system. The facility will begin operation later this year.

Building on the strengths of the McGovern and Picower institutes in molecular and cellular neuroscience, two new faculty members are joining MIT this year and in early 2009. Both will hold joint appointments as assistant professors in the Department of Brain and Cognitive Sciences.

Yingxi Lin comes to the McGovern Institute from Harvard Medical School, where she was a postdoctoral associate with Michael E. Greenberg, director of neuroscience at Children's Hospital Boston. Lin has been studying the development of inhibitory synaptic connections within the brain.

In work that was recently published in Nature, she has identified the transcription factor nPas4 as a key regulator of inhibitory synapse formation. nPas4 regulates many other genes in response to electrical activity. One of these genes has recently been identified as a possible risk factor for autism.

Lin plans to continue studying these genes in her new laboratory at the McGovern Institute, using a combination of molecular genetic and electrophysiological approaches to understand how activity shapes the wiring of inhibitory brain circuits. Lin received her bachelor's degree in physics and engineering from Tsinghua University, and her PhD in biophysics from Harvard University.

Weifeng Xu comes to the Picower Institute after serving as a postdoctoral associate in the psychiatry and behavioral sciences laboratory of Rob Malenka at Stanford University Medical Center. Xu studies the molecular mechanisms of synaptic plasticity, the brain's ability to change in response to experience. Synaptic changes are believed to underlie many forms of learning and memory.

Using state-of-the-art techniques to knock out, over-express and replace genes, Xu manipulates synapses to see how those changes play out at the circuit level and ultimately determine how behavior is modified by experience. She is particularly interested inÂ PSD-95, a scaffolding protein believed to be a critical player in synaptic plasticity, and its associated molecules.

"If we know under normal conditions how synapses get stronger or weaker, we can relate that to deficits that affect our cognitive abilities such as Alzheimer's disease and schizophrenia, eventually fine-tuning synapses to enhance learning or compensate for cognitive impairment," she said.

Xu, a native of northeast China near Harbin, majored in biophysics at Peking University and received a PhD in neuroscience from Brown University. She will join Picower in January 2009.

A version of this article appeared in MIT Tech Talk on October 29, 2008 (download PDF).