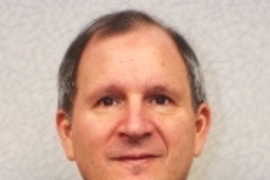 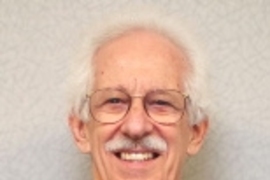 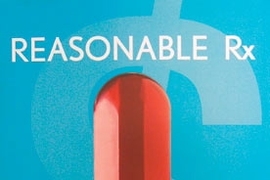 ↓ Download Image
Caption: The cover of Finkelstein and Temin's book.

Caption:
The cover of Finkelstein and Temin's book.

The mounting U.S. drug price crisis can be contained and eventually reversed by separating drug discovery from drug marketing and by establishing a non-profit company to oversee funding for new medicines, according to two MIT experts on the pharmaceutical industry.

Finkelstein and Temin address immediate national problems--the rising cost of available medicines, the high cost of innovation and the 'blockbuster' method of selecting drugs for development--and predict worsening new ones, unless bold steps are taken.

"Drug prices in the United States are higher than anywhere else in the world. Right now, the revenues from those drugs finance research and development of new drugs. We propose to reduce prices, not at the expense of innovation, but by changing the way innovation is financed," said Temin, also the author of "Taking Your Medicine: Drug Regulation in the US."

"Nationally, if we keep the current structure, in 50 years only hedge fund managers will be able to afford prescription drugs. Drug development will focus on therapies for those small groups of people who can pay a thousand dollars a pill. With income distribution widening and insurance carriers already refusing some coverage, this would be a disaster," said Temin.

"Prescription drugs have been left out of previous efforts to reform the delivery of health care. New initiatives to expand coverage must include a plan to reduce the high cost of drugs," Finkelstein added.

The book, which draws on the researchers' expertise in the realms of medicine and economics, proposes eliminating the linkage between drug prices and the cost of drug discovery while financing innovation and addressing the needs of society.

Their first bold step is conceptual, recognizing that we all have a critical stake in the products of pharmaceutical research.

Next, drawing on recent history, they propose dividing drug companies into drug discovery/development firms and drug marketing/distribution firms, just as electric utility firms were separated into generation and distribution companies in the 1990s.

The DDC also would serve as a mechanism for prioritizing drugs for development, noted Finkelstein.

"It is a two-level program in which scientists and other experts would recommend to decision-makers which kinds of drugs to fund the most. This would insulate development decisions from the political winds," he said.

Finkelstein and Temin's plan would also insulate drug development from the blockbuster mentality, which drives companies to invest in discovering a billion-dollar drug to offset their costs.

An example of the blockbuster mentality is developing a new drug for hypertension, one that varies only slightly from those already on the market, but that can bring in huge profits if aggressively marketed.

For Finkelstein, a physician, and Temin, an economist, societal needs for medicines are swiftly extending beyond national boundaries: Diseases affecting the developing world--afflicting people too poor to make drug development attractive for businesses--will soon affect health inside the United States.

"Global travel and climate change both require that U.S. drug development and innovation policy rethink the way drugs are developed, and for whom. Air travel, migrations, a global workforce--all these mean unusual diseases could become usual here," Temin noted.

Climate change also may affect drugs their proposed DDC would select for funding.

"Especially in the southern states, tropical diseases are likely to increase with global warming, and people will need treatments for them. In our plan, the DDC would encourage research in advance of the market - and, we hope, in advance of disaster," he said.