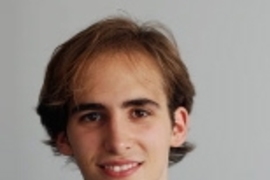 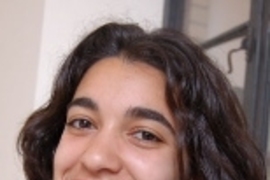 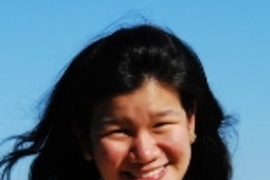 Four MIT students preparing for careers in affordable energy, public health, mathematics and biotechnology have been awarded full scholarships for graduate study at the University of Cambridge, England, by the Gates Cambridge Trust.

MIT students have won 14 of the prestigious scholarships since the program was established in 2000 by the Bill & Melinda Gates Foundation; the four scholarships this year represent the most MIT has received in a single year. The scholarships cover tuition, room, board, travel and stipend for study at Cambridge.

MIT's four Gates Trust winners for 2008 are Talia Gershon, a senior majoring in materials science and engineering; Naveen Krishnan '07; Marcelo Alvisio, a senior in mathematics, and Chawita "Jelly" Netirojjanakul, a senior in chemistry.

A fifth MIT student, Ingrid Lawhorn '06, applied through her graduate school program at Pace University and was accepted.

Gershon, a leading MIT rugby player, is particularly interested in low-cost photovoltaics, fuel cells and low-energy lighting and hopes to participate in the Cambridge Environmental Initiative.

"Sustainability will be one of the biggest challenges of our generation and I believe these are the fields to which I can contribute most as a materials scientist," says Gershon, of East Meadow, N.Y.

As an MIT student, Krishnan, of Del Mar, Calif., studied treatments for Huntington's Disease, played on the varsity tennis team and founded a nonprofit organization to aid wounded soldiers from Iraq and Afghanistan. At Cambridge, he will work toward a master's degree in public health. Krishnan's goal is to become a surgeon.

A theoretical mathematics major, Alvisio plans to read for the Certificate of Advanced Study in MathematicsÂ at Cambridge then return to the U.S. to begin a doctoral program at the University of Chicago. Alvisio, who completed his senior year with a perfect GPA, is also an avid painter and linguist: He speaks his native Spanish and English, German, Latin, Italian and French.

Netirojjanakul, a chemistry major, will study technology policy at Cambridge before entering a doctoral program in chemistry in the United States. Netirojjanakul plans to use her advanced degrees to facilitate scientific advancement in Thailand. She also hopes to start her own biotech company there.

Prestigious Marshall and Rhodes Scholarships were also awarded to two MIT seniors for 2008-2009. Both are preparing for careers in medicine.