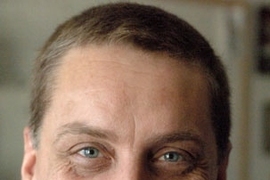 At MIT, planning for bad weather involves far more than remembering an umbrella. Researchers in the Department of Aeronautics and Astronautics are trying to improve weather forecasting using robotic aircraft and advanced flight plans that consider millions of variables.

"Weather affects huge sectors of our economy, such as agriculture and transportation," said Nicholas Roy, an assistant professor and one of the researchers who worked on the project. With more time for advanced planning, farmers could bring in their crop before a big storm hits. Airlines could adjust their flight schedules further in advance, reducing the impact on customers.

Improving weather forecasting could also save lives. "People do get killed in these storms," said Aero-Astro Professor Jonathan How, the principal investigator. The more time to prepare for a storm and evacuate the area, the better. Currently, forecasts made more than 48 hours in the future aren't considered highly reliable.

The researchers hope to gain some lead-time by improving the way data about current weather conditions are collected. Existing forecasting systems depend on pressure, temperature, and other sensors aboard a single piloted airplane that flies scripted routes. But the data that are collected can't be processed fast enough to alter the flight plan if a storm starts brewing. "The response time is fairly slow," How said. "Today's flight path is based on yesterday's weather."

Ideally, teams of unmanned aircraft would be used to gather data. Current sensor readings from one plane would be used to guide the deployment of additional planes to areas with especially interesting or changing weather. By gathering information from several key areas at the same time, the researchers believe they could offer more accurate forecasts.

"We'd like to better predict the weather three to five days in advance," said Han-Lim Choi, a postdoctoral associate in How's lab.

But this is no easy task, largely because weather involves extremely complicated interactions between a lot of different factors. And while the researchers focused their work on the area over the Pacific Ocean, this was still a vast expanse to consider in terms of automated flight planning. Traditional robotic planning algorithms don't scale well to problems of that size, How explained. So the key challenge was creating an algorithm that could develop an effective flight plan quickly, based on millions of variables.

After three years of research using computerized weather simulations, the team believes their algorithm can quickly and efficiently determine where aircraft should be sent to take the most important measurements. Essentially, the algorithm works by determining the relative utility of taking different flight paths to gather measurements. How said their system can create a new flight plan within six hours of collecting data.

Choi, who recently earned an MIT PhD for his work on the project, will describe the research at this month's IEEE Conference on Decision and Control.

How said the results of the research could reach far beyond weather prediction. Intelligent path planning is essential for all kinds of mobile robots, be they autonomous cars or mail-carrying robots. The research also be used, How noted, to help environmental engineers determine where best to take samples to determine the source of a contaminant.

Although the system has not yet been used with real aircraft, How's team continues to test their algorithm against increasingly complex weather models with the help of former MIT meteorologist James Hansen, who is now with the Naval Research Laboratory.