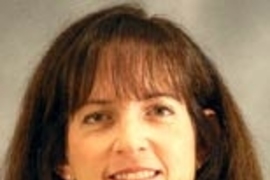 President Susan Hockfield announced Bohren's appointment in an e-mail letter to the Institute's faculty and staff on April 18.

In her letter, Hockfield noted that Bohren brings to her new role extensive experience in public relations, government affairs and employee communications in both the private and public sectors, and said that her work would "enhance MIT's public visibility and ensure that we continue to be recognized nationally and internationally as the standard of excellence in our chosen fields."

Bohren herself said, "I am thrilled and honored to have the opportunity to join the MIT community in this new role. MIT is a world-renowned educational institution with an unwavering dedication to knowledge, education, research and innovation, as well as a commitment to making a positive difference in the world in which we live. I cannot imagine a more exciting or challenging place to work."

As vice president for external affairs Bohren will lead the coordination of MIT's communications with external constituencies and audiences, including government and the media. Hockfield said that MIT's relationships with government, the media and the broader public are "critical to advancing sound policies and practices for education and research" as well as to the Institute's own role as "a beacon of inspiration for the importance of science and technology."

The MIT News Office and the Office of Government and Community Relations will report to Bohren, who will also work closely with the MIT Washington Office in the development and implementation of MIT's strategy for federal relations. More broadly, she will serve as the senior adviser to the Institute's academic and administrative leadership on public affairs and external communications.

At Powell Tate, Bohren has been responsible for the design, development and implementation of strategic communications and public affairs for healthcare organizations in the corporate, non-profit and government sectors. Prior to joining Powell Tate, she spent a decade at WellChoice, Inc., the parent of Empire Blue Cross/Blue Shield, including four years as senior vice president for communications.

At WellChoice, Bohren designed, executed and oversaw a comprehensive public relations program; served as primary company spokesperson with the media; developed an investor relations program that built investor confidence in the company after its initial public offering; coordinated government affairs activities at the federal, state and local levels; and provided strategic counsel on public affairs to the chief executive officer and senior management team.

Bohren began her career in Washington, D.C., where she specialized in labor relations with the federal government and employee organizations. Before joining WellChoice, she held positions in public relations and as director of the district office of Rep. Nita M. Lowey of New York. She holds a degree in political science from Arizona State University and a master's degree in public administration from the John F. Kennedy School of Government at Harvard University.

In announcing the appointment, Hockfield thanked the faculty and staff who assisted in the search process: Elizabeth A. Garvin, executive vice president of the MIT Alumni Association; Professor Steven R. Lerman of the Department of Civil and Environmental Engineering; Suzana Lisanti, publisher of the MIT home page; Dean of Admissions Marilee Jones; Dean of the Sloan School of Management Richard Schmalensee; and Pamela Dumas Serfes, executive director of news and communications.