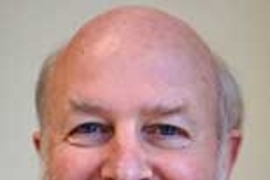 A protein whose function is lost in a broad array of cancers normally suppresses the spread of prostate cancer, MIT researchers and colleagues have shown. As a result, testing for loss of the protein, called Protein 4.1B, could help clinicians predict which cancers are likely to spread, or metastasize.

"If you determine that a tumor shows reduced levels of Protein 4.1B, one would know to worry more about it metastasizing and plan treatment accordingly," said Richard O. Hynes, the Daniel K. Ludwig Professor of Cancer Research at MIT and a Howard Hughes Medical Institute investigator.

Hynes and colleagues published their findings the week of July 16-20 in the online Early Edition of the Proceedings of the National Academy of Sciences.

Protein 4.1B is a member of a family of similar proteins, many of which link proteins in the cell membrane to the cell's internal cytoskeleton. Other researchers had shown that Protein 4.1B function is frequently lost in an array of cancers, including brain, lung, and breast cancers. Hynes and colleagues had shown that the protein was also lost in highly metastatic prostate cancer cells.

The researchers also eliminated the gene for Protein 4.1B in mice engineered to spontaneously develop prostate cancer -- a particularly good model of prostate cancer, Hynes said, because tumors in the mice mimic human cancers as they progress from early tumor formation to metastasis. When he and his colleagues knocked out the gene for Protein 4.1B, these mice produced more invasive cancers. Studies of the metastatic cancer cells in the mice revealed that they did not divide more rapidly than cells with Protein 4.1B. Rather, Protein 4.1B appears to trigger death in metastatic cells, thereby preventing cancer from spreading.

Hynes said that a clinical test for Protein 4.1B activity could be useful as part of a panel of genetic tests to assess the metastatic potential of prostate cancers.

In addition to Hynes and his colleagues at MIT, other co-authors are from The Wistar Institute and Tufts School of Veterinary Medicine.