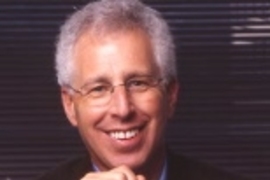 MIT today announced the appointment of Frank Moss as director of the Media Lab, effective Feb. 1.

A seasoned entrepreneur and technology executive, Moss has spent the last 25 years building a diverse set of companies that are on the leading edge of technology -- from startups to large public companies, from high tech to biotech.

"I am delighted that Frank Moss has accepted our invitation to serve as the next director of the Media Lab," said MIT President Susan Hockfield. "He brings a deep intellect, great creativity and an outstanding record of leadership in research and industrial settings to his new role.ï¿½ï¿½Moreover, his interests in the computer and life sciences and in technological enhancement of human capability align beautifully with the lab's vision, and with MIT's distinctive cross-disciplinary collaborations, which embrace not only science and engineering but also humanities and the arts."ï¿½ï¿½

As director of the lab, which includes the academic program in media arts and sciences, Moss will oversee the lab's growth and expansion as it pursues new directions in research, strengthens its ties with sponsors and enhances its academic programs.

"Frank Moss's high energy and contagious enthusiasm, combined with his impressive experience in bringing innovative technology to market, are a perfect fit for the lab's mission over the coming decade," said AdÌ¬le Santos, who oversees the Media Lab as dean of MIT's School of Architecture and Planning.

With Moss's appointment, Media Lab co-founder Nicholas Negroponte will step down as chairman to concentrate on One Laptop per Child (OLPC), an independent nonprofit organization he launched in January 2005 to develop a very low-cost laptop to help solve the problems of education, especially in developing nations. Negroponte will work with Moss on Media Lab sponsor outreach and strategy. Walter Bender, a founding member of the Media Lab who has served as lab director for the past five years, will take a two-year leave of absence from MIT to serve as OLPC's president for software and content development.

Established in 1985, the MIT Media Lab invented many of the technologies that fueled the digital revolution of the late 1980s and early 1990s. Throughout the following decade, the lab helped bring the digital world into everyday life. Now beginning its third decade, it is poised to focus on technologies that will improve the quality of life by augmenting human capabilities and enabling computers to relate to people on more "human" terms.

"At a time in human history when technology has the potential to profoundly affect people and society, I can't think of a more exciting place to be," Moss said.

Moss brings to the Media Lab a deep understanding of how businesses evaluate and commercialize technology, as well as how they bring innovative technology products to market and manage complex technical organizations. He served as CEO and chairman of Tivoli Systems Inc., a pioneer in the distributed systems management field, which merged with IBM in 1996. He also co-founded several other companies, including Stellar Computer Inc., a developer of graphic supercomputers; Bowstreet Inc., a pioneer in web services; and Infinity Pharmaceuticals, an early-stage cancer drug discovery company.

At MIT, Moss will hold the Jerome B. Wiesner Chair in Media Technology and has been named professor of the practice, a position reserved for distinguished practitioners.

"I am especially thrilled to be working closely with an incredibly creative and passionate group of scientists, artists, designers and engineers who constitute the faculty and students of the lab," Moss said. "I see this exceptional community working together over the next decade to overcome some of the world's most pressing societal problems -- from providing improved health care to an aging population, to devising inexpensive digital tools for developing economies, to changing the way children learn."

Moss received his bachelor of science degree in aerospace and mechanical sciences from Princeton, and master's and Ph.D. degrees in aeronautics and astronautics from MIT.

A version of this article appeared in MIT Tech Talk on February 15, 2006 (download PDF).