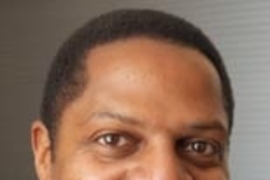 MIT Chancellor Phillip L. Clay announced today that alumnus Karl W. Reid (S.B. 1984, S.M.) will become assistant to the chancellor and associate dean for undergraduate education effective Oct. 1. As assistant to the chancellor and associate dean, Reid will be responsible for coordinating many of MIT's endeavors to increase diversity in the undergraduate and graduate student populations. He also will have the title of director of the Office of Minority Education.

Reid is currently executive director of special programs in the School of Engineering and director of the nationally renowned MITES program that brings minority and other high school students to MIT during the summer and encourages them to matriculate at MIT or other selective universities. He founded two enrichment programs for local middle and high school students at MIT, and he teaches a freshman seminar on race, identity and achievement.

"Karl's leadership of MITES has been nothing short of excellent," said Clay. "He is super at analysis, but what makes him extraordinary is his ability to connect with young people in a way that motivates and inspires them. He is also a wonderful colleague. As an alumnus, he brings deep knowledge about how to support students and has demonstrated experience in partnering with faculty in promoting student learning. He brings the kind of leadership students deserve."

Redwine said, "I am delighted that Karl Reid, whom I have known and admired for years, has agreed to take on the leadership of the Office of Minority Education here at MIT. Karl is a gifted teacher and administrator with a wonderful track record of accomplishments in this area. I know that all of us in the Office of the Dean for Undergraduate Education look forward to working with him to provide the best possible programs for our students."

The creation of the expanded position follows the recommendations of a faculty advisory committee that conducted a review of the OME during the past year and also served as the search committee for the director. The committee recommended that the new director have strong connections to the MIT senior administration, including school deans and faculty, as well as to students and alumni.

"The committee's work was a thorough and incisive review of our efforts," Clay said. "While they found much to praise, they also challenged us to strengthen a number of aspects, including the role of faculty and connections to a broader MIT diversity agenda."

Reid will be guided and assisted by another faculty advisory committee to be appointed by Clay. He replaces Kim R. Beamon, who has served as interim director of the Office of Minority Education for the past year and who will resume her previous role as associate director.

Reid is currently completing his doctorate degree at the Harvard Graduate School of Education, where he said that his research on diversity draws heavily on perspectives gained at MIT. "We have known for years that a diversity of backgrounds, ideas and learning proclivities raises the quality of the intellectual enterprise for all stakeholders at MIT," Reid said. "It is thus imperative that every subpopulation achieves academic success at the highest levels so that everyone will benefit. I see the OME playing a catalyzing role in this effort by partnering with others to both identify and leverage factors that foster success of all groups at all points in the educational pipeline.

"Over 25 years ago as an undergraduate student, the OME became a 'home away from home' for me and was key to my success here at MIT," said Reid. "I remember so fondly how the director, Dr. Bill McLaurin, took me under his wing and helped me create a high school outreach program, then subsequently encouraged me to run for national chairperson of the NSBE [National Society of Black Engineers] on the wings of our local success. I am thrilled now to have an opportunity to mentor and inspire the current generation of students and, more importantly, to help them discover their purpose as I did over two decades ago."

After graduating, Reid worked in the software industry for 12 years before returning to MIT in 1998. He is a member of the Society of Hispanic Professional Engineers and the adviser for the NSBE's MIT chapter. He sits on the ministerial staff of Bethel AME church in Jamaica Plain. Reid and his wife, Andrea, a physician at Massachusetts General Hospital and a faculty member at Harvard Medical School, live in Stoughton, Mass., with their three children.

A version of this article appeared in MIT Tech Talk on September 28, 2005 (download PDF).