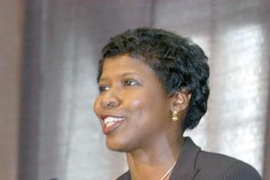 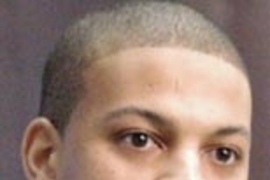 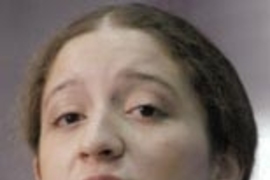 Political journalist Gwen Ifill joined two MIT student speakers in a tribute to the achievements and ideals of Dr. Martin Luther King Jr. at the 31st annual MIT breakfast to celebrate the life and legacy of the slain civil rights leader.

The celebratory breakfast was held on Thursday, Feb. 3 in Morss Hall at Walker Memorial. The large room seats about 550 people; it was filled to capacity.

The year's theme was "Justice and Equality for All: America's Moral Dilemma." The mistress of ceremonies was Saundra Quinlan, a senior in mechanical engineering. Sarah Gonzalez, a sophomore in management, and Jonathan Gibbs, a junior in aeronautics and astronautics, spoke on the crucial role of programs such as the Minority Introduction to Engineering and Science (MITES) and Project Interphase in countering the psychological undertow they felt from low expectations by teachers, peers or society at large.

MIT President Susan Hockfield introduced Ifill, the keynote speaker. "In bringing the MIT community together each year, this breakfast asks us to renew our commitment to the values Dr. King articulated and that he exemplified in his own life and work. This morning reminds up that it is our collective responsibility to meet the need for a more just and humane society," Hockfield said.

"It is essential that MIT is a welcoming and supportive place for anyone, from any background, who has the talent and passion to make the most of what the Institute has to offer," Hockfield said.

Ifill is the managing editor of Washington Week and senior correspondent for The NewsHour with Jim Lehrer, both PBS television news programs. In 2004, she was moderator for the vice-presidential debate.

Her trademark candor, wit and warmth came through in her opening words. "I remember MIT from when I was at Simmons. Those black students' parties were slammin.' Back then, we were doing the Bump!" she said. Yet her tone turned serious as she addressed current students.

"I was a black student in a predominantly white campus, like you. I had terror at night, worrying the degree I was working so hard for might not get me that job," she said. "As a preacher's kid, expectations of me were very high."

Ifill went on to describe her life in journalism, which has included working as a reporter for newspapers such as The New York Times and The Washington Post. She noted that her commitment to the field partly expressed her gratitude to "those who have gone before me," including Harriet Tubman and Sojourner Truth, as well as King.

"Dr. King believed that equality, accompanied by simple justice, could transform the nation. That's why I am a journalist; I believe the search for truth and justice are not incompatible. When I started out as a journalist, I thought I could change the world. I found barriers and dark corners were still there. But shining the light that Dr. King gave us can be tremendously satisfying," she said.

Ifill noted she never forgot the uniqueness of her role as an African-American woman and her positive opportunity as moderator for the vice-presidential debate in 2004.

"When I asked those men about the rising incidence of the HIV infection among African-American women, sadly, neither one of them had the ghost of an answer, but their silence spoke volumes to people at home. And imagine my shock and surprise last night to hear the President mention it in the State-of-the-Union speech. So someone was paying attention," she said.

"Like every black professional, I keep a foot in at least two worlds, maybe three or four. One foot is in the world of work; most of my colleagues, bosses, and subordinates are white, and probably always will be. I don't think I have to lose myself in order to function in this work, but there is no question that I suppress a part of myself in order to do that, and I think we all do that at different levels. But I laugh when people tell me, 'I just want you to know, I'm colorblind.' Why shouldn't they notice my color? I'm proud of being what I am. It is essential. I just don't want to be held back because of it," she said, to loud applause.

Ifill told the attentive group that for her, King's "Letter from Birmingham Jail" still provides an inspiration and a reminder of urgency. In closing, she read an excerpt from the 1963 letter, emphasizing the phrase, "Justice delayed is justice denied."