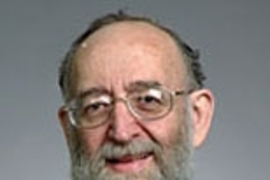 Dean of Engineering Thomas Magnanti announced that he has appointed Institute Professor Joel Moses as acting director of MIT's Engineering Systems Division, an academic and research division formed to tackle the large-scale engineering challenges of the 21st century.

Magnanti also said he will convene a faculty advisory committee to search for a replacement for Professor Daniel Hastings, who has been ESD director since 2003. Hastings, a professor of aeronautics and astronautics and of engineering systems, was appointed Dean of Undergraduate Education effective Jan. 1.

"I would like to take this opportunity to thank Dan Hastings for the spectacular job he has done as ESD director and to congratulate him on his well-deserved appointment as Dean of Undergraduate Education," Magnanti said. "It has been an enormous pleasure to work closely with Dan and I look forward to continuing to work with him in his new position."

A version of this article appeared in MIT Tech Talk on January 25, 2006 (download PDF).