Bufferd to retire as treasurer 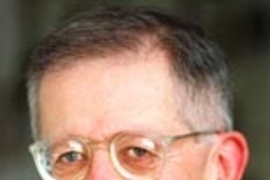 MIT Treasurer Allan Bufferd announced yesterday that he will retire by the end of the academic year after more than 33 years of service to the Institute.

Bufferd has participated in the management of the Institute's funds for the past 30 years and has been the chief investment officer for 18 years. He was named treasurer in January 1999 and became the first president of the MIT Investment Management Co. on July 1, 2004.

"It is hard to imagine MIT's investment activity and treasurer functions without Allan at the helm," said MIT President Susan Hockfield. "He has shown wisdom in his management of the Institute's finances during a turbulent period for financial markets."

"I spent most of my career at MIT, the place where I received most of my education. It has been a wonderful experience to interact with many outstanding individuals in the academy and in the administration," said Bufferd. "I have much respect for the Institute and its contributions to technical progress and innovation. I am personally pleased to have participated in making this special place financially stronger during my tenure."

Bufferd came to MIT in 1972 and has participated in the management of the Institute's assets since 1975 when the total investments were $400 million. In June 2005, he reported that total investments were $8 billion. "More important is that the ratio of total investments to total operating expenses was 1.7 to 1 in 1975 and we closed 2005 at about 4 to 1. This ratio is an important measure of financial strength and was the result of the efforts of many individuals, including generous donors and healthy financial markets," Bufferd said.

Bufferd, 68, holds three MIT degrees in materials engineering: the S.B., S.M. and Sc.D., as well as a J.D. from Suffolk University. Prior to coming to work at MIT, he worked in engineering and corporate management. He currently serves on the advisory boards of several investment funds, and is on the board of directors of various businesses and nonprofit organizations. After his retirement, Bufferd said he plans to continue his board work and spend more time with his wife, children and grandchildren. He also plans to devote more time to improving his tennis.

Hockfield announced that with Bufferd's retirement, the MIT treasurer and investment functions will be split into two positions. "His decision has given us the opportunity to take a fresh look at the organization of these activities," Hockfield said in an e-mail message to faculty and staff. "In most universities, the management of the endowment is separate from the traditional treasurer's functions, and with Allan's retirement, we will similarly separate the functions."

The treasurer's function will become part of the responsibilities of the executive vice president for finance and administration, a post now held on an interim basis by Sherwin Greenblatt, director of the MIT Venture Mentoring Service.

The Institute's chief investment officer will have the title of president of the MIT Investment Management Co., which manages the Institute's financial assets and those of its retirement plans.

"I believe this reconfiguration of the management of the Institute's finances and its financial resources will increase the effectiveness of all of our financial activities as we build on MIT's great strengths and emerging opportunities," said Hockfield. "I am very grateful that Allan will be on hand to assist with the transition."