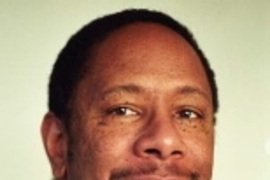 Race and racial identity can help build healthy and just communities, according to an MIT report released today.

"Vital Difference: The Role of Race in Building Community," authored by Ceasar McDowell of MIT's Department of Urban Studies and a team from the Center for Reflective Community Practice at MIT, argues that race, often considered divisive, can actually play a significant role in uniting communities that are struggling against poverty, racism and inadequate services.

"The findings of this report are in many ways counterintuitive. Most people believe that the way to build community is to ignore or downplay race," says McDowell, who is associate professor of the Practice of Community Development. "'Vital Difference' offers a different and intriguing lens through which we can understand race and community-building at the national and local levels, and even here on the MIT campus."

The report is the result of a multi-year collaboration between the Center for Reflective Community Practice (CRCP) and community organizations in Austin, Texas; Boston; Greensboro, N.C.; Jackson, Miss.; and Los Angeles, all of whose work is aimed explicitly at addressing racial exclusion. All five organizations are engaged in similar endeavors, yet each works in different racial and political contexts and uses different methods to tackle common challenges.

One of the report's goals was to provide insight into the "practitioner knowledge" of individuals and organizations already working to build healthy communities. Such experience is typically lost in the data-driven research that funders and policy-makers rely on, and rarely informs the policy-making process, the report states.

"We are beginning to understand now that the knowledge of those engaged in 'organizing for survival' is unique," commented McDowell. "It is the knowledge that informed the civil rights movement, and it provides a critical source of learning needed to build healthy and just communities."

The "practitioner knowledge" profiled in "Vital Difference" helps make the case for viewing race as a key component of democracy-building at the community level. Most of the groups featured in the report have come to see racial identity as an organizing asset, a means of building a sense of power, and a critical part of multiracial work. Understanding one's own cultural strengths can be a point of departure for realizing that conditions of societal disparity are shared with others.

This is not to suggest that confronting the issue of race is without its tensions. But as the stories in the report make clear, dealing with race in all of its complexities and difficulties is precisely what enables multiracial coalitions to build the kinds of communities that can bring about systemic change.

"The practitioners in 'Vital Difference' provide guidelines and insights into the powerful role racial identity plays in increasing participation and building inclusive democratic communities," commented McDowell. "It is hoped that the philanthropic, policy and academic communities will recognize the benefits of knowledge from community practice for understanding issues such as race."

The report is available at http://web.mit.edu/crcp/vitaldiff1.

About the Center for Reflective Community Practice

The mission of the Center for Reflective Community Practice (CRCP) is to work toward a more just and equitable society by expanding access to and engagement with the knowledge developed by people working on the ground in disenfranchised, low-income communities. CRCP aims to both empower and learn from those individuals who, in the face of injustice, inequality and exclusion, have dedicated themselves to making their communities healthier and more vibrant places to live. The knowledge that is formed in the face of struggles to create lasting change, by those who are least served by society, is significant, sophisticated and essential for framing and solving today's most urgent social problems. CRCP believes that the impact of work for social change will increase when the knowledge from community practice is used widely in efforts to address injustice and inequity.

A version of this article appeared in MIT Tech Talk on December 8, 2004 (download PDF).