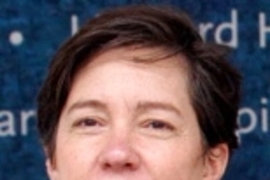 Susan Lindquist announced on Sept. 14 that she would step down as director of the Whitehead Institute on or about Nov. 1 to devote herself to research. Lindquist is a professor of biology at MIT.

A statement issued by the Whitehead board said the directors accepted Lindquist's resignation "with regret," but understood her desire to return to research full time.

"We are proud to have this remarkable scientist in the Whitehead community, a community that has been greatly strengthened by her leadership," the statement said.

"The board recognizes that Dr. Lindquist has been an extraordinarily effective president during a period of transition unprecedented in the institute's history. In the past three years, she successfully implemented the transition of the Whitehead/MIT Center for Genome Research to the newly established Broad Institute while preserving opportunities for joint scientific programs between Whitehead and the Broad. She also negotiated important improvements in the Whitehead/MIT affiliation," said the statement by the board of directors.

Lindquist came to MIT and the Whitehead Institute in 1991 from the University of Chicago, where she was a professor of medical sciences, a professor in the department of molecular genetics and cell biology, and a Howard Hughes Medical Institute Investigator.

"The scientific trajectory that Sue's on is exceptional. The output of her lab was exceptional before she came to MIT. If anything, she and her lab have reached a higher level of achievement in the last three years," said her colleague David Page, a professor of biology and Whitehead researcher. "There are prizes in Sue's future."

Lindquist is well known for her work on proteins in yeast and fruit flies; her research provided the evidence for a new form of genetics based upon the inheritance of proteins with new, self-perpetuating shapes. This work provided a framework for understanding diseases such as Alzheimer's and mad cow, that are marked by plaque in the brain caused by the misfolding of proteins.

She also teaches the cornerstone graduate course in the Department of Biology, the "Methods and Logic" course taken by all first-year biology graduate students, according to Page.

"Sue is a dynamic, passionate speaker who can explain complicated things with ease," said Page. "The ability to ask the right questions, pursue them passionately and explain the outcomes to an audience are all at the heart of what science is about and nobody does those things better than Sue.

"As a scientific leader, she is an all-around all star. She has the full package of talents. I think she will now be in a position for the MIT and Whitehead communities to benefit broadly from her presence. And she'll have a chance to redefine and broaden her role on campus.

"We all feel pretty excited about Sue's decision. At the same time, it raises a challenge for the Whitehead Institute to find a new leader," said Page.

A version of this article appeared in MIT Tech Talk on September 22, 2004 (download PDF).