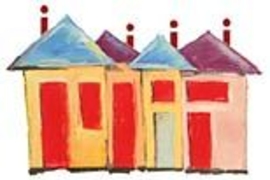 The I-Neighbors project grew out of three years of research by MIT Assistant Professor of Sociology Keith Hampton, initiated in response to concerns that Americans have experienced a decline in neighborhood and community participation over the past 30 years. The web site, which can create a homepage and e-mail list for every neighborhood in the United States and Canada, provides community groups with a system to organize local events and share information on local services, and connects neighbors with similar interests. The easy-to-use services include a local directory, a shared photo album, neighborhood messaging, opinion polling, and a carpool system.

"Much research has focused on the ability of the Internet to connect people over long distances, but we wanted to focus specifically on how the Internet is used locally," said Hampton. "We are hopeful that I-Neighbors will lead to neighborhoods that are safer, better informed, have a stronger sense of community and are better equipped to deal with local problems."

To study how the Internet impacts local community life, Hampton and his students studied the residents of four Boston area neighborhoods over two years. Three of the locations--a suburban neighborhood, an apartment building and a gated condominium community--were given the I-Neighbors services designed to facilitate neighborhood social networking. The fourth area, also in the suburbs, was used as a control.

Within a year the study found measurable increases in the number of local social ties and the sense of community in two of the three areas where I-Neighbors web sites and messaging were introduced. The changes included the formation of new neighborhood social ties and higher levels of community participation, both on and off the Internet.

Neighbors also were less likely to rely on visible social characteristics, such as age, the presence of children, and physical proximity when forming new ties. Residents used I-Neighbors to learn about their neighbors' backgrounds and interests, relying less on visual details learned about neighbors from watching them on the street. The average user met nine new neighbors in person and talked to two new neighbors on the telephone.

"The Internet service that had the strongest impact on the neighborhoods was a simple e-mail list. Residents used it as a virtual street corner," said Hampton. "The neighborhood e-mail list provided a forum for residents to exchange everything from information on home repairs to opinions about local elections. Elected officials used the e-mail list to report back to their constituents, and residents used the list to organize face-to-face community meetings with officials, as well as the occasional barbeque and house party."

Despite the increased local interaction observed as a result of I-Neighbors, almost all of the new social ties that formed between neighbors were characterized by Hampton as "weak," rather than close, social relationships. Hampton says this is not surprising.

"The average person has just over a dozen strong ties, only two to three of which tend to be neighbors. Weak ties are more diverse and help in community organizing. They are exactly what we would hope to find in a safe and productive neighborhood," explained Hampton.

Hampton cautioned that some communities are simply more interested in neighborhood involvement than others. "The apartment building we studied had many younger, more technically sophisticated residents than our other neighborhoods, yet they used it the least often. Residents still had good social networks, but like many young, single people, they tend to be more transient and less interested in neighborhood ties. Interest in local community is something that often comes with children."

Individuals, community associations and local governments are all invited to register their local communities for this free service at http://www.i-neighbors.org.

This research was supported by the National Science Foundation, the NEC Corporation Fund for Research in Computers and Communications, the American Sociological Association Fund for the Advancement of the Discipline, L-Soft, and Microsoft Research. The views expressed in this research and on I-Neighbors.org are not endorsed by these sponsors.