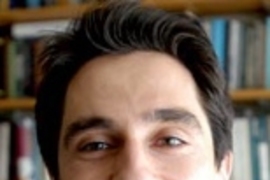 The stock market has its share of shakeups, but who would guess that large movements in this man-made system adhere to a similar pattern of predictability as earthquake magnitudes?

After analyzing four years of data from the world financial markets, an economist from MIT and physicists from Boston University discovered that large-scale events in the stock market adhere to distinct patterns. They believe that market analysts could use these new findings to partially predict the chance of a market crash, although prevention would not be possible.

"The frequency of crashes such as those in 1987 and 1929 follow these patterns," said Xavier Gabaix, assistant professor of economics at MIT and lead author of the paper describing this research, which appeared in the May 15 issue of Nature. "But that doesn't mean we'll be able to predict with certainty when a change will occur or which direction the change will go."

The patterns found by the scientists are "power laws"--which describe mathematical relationships between the frequency of large and small events. One such power law is used to forecast the chances that an earthquake of a given magnitude will occur.

In short, the scientists have shown that stock markets have a mathematical elegance frequently found in natural systems.

"We have found that the artificial world of the financial markets follows a pattern similar to one found in our natural world," said Gabaix. "Trading on the stock market has a lot of randomness, but at the end of the day you find that a pattern emerges that matches power-law patterns found empirically in data from systems as diverse as earthquakes and human language."

The team also found that the actions of large market participants, like mutual funds, produce this power-law behavior when they trade stock under time pressure.

"Our research suggests that the forces that give rise to the power laws of stock market fluctuations are extremely robust," said Gabaix. "So unfortunately, such crashes would be very, very hard to prevent."

"If you put an extremely large amount of friction--in the form of regulations--into the system, you could prevent the crashes. But moderate amounts of frictions will make no difference," he said. "In any case, before we can give advice on policy, we need more research to better understand all those regularities in the stock market."

When applied to a precise computer model, the power laws might allow market analysts to predict a crash, but not necessarily prevent it.

"We believe that the computer model presently used by most analysts undercounts the number of large, rare events. That's what we're looking at next," said Gabaix. "If we combine physics methods and economic reasoning, we may be on the right track."

BU physicists H. Eugene Stanley, director of the Center for Polymer Studies at BU, and Parameswaran Gopikrishnan and Dr. Vasiliki Plerou are also co-authors of the paper.

A longer version of this story is at /newsoffice/nr/2003/powerlaw.html.