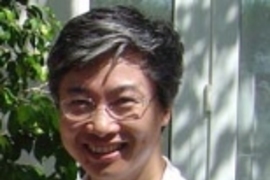 Ten years ago, Shuguang Zhang was working in the laboratory of Alexander Rich, the William Thompson Sedgwick Professor of Biophysics in MIT's Department of Biology, exposing rat cells to the same kind of substance that builds up in the brains of Alzheimer's patients. He half-expected to see the cells, left overnight in dishes with peptides, to be dead in the morning. Instead, those in one out of six dishes were thriving and had grown right on top of a membrane.

It took Zhang a year to figure out the molecular reasons that these peptides undergo self-assembly in the presence of a salt. The answer came to him one day as he was playing with his son's Legos and saw how precisely the pieces fit together. It was the first self-complementary peptide found in nature, Zhang said. He recognized it as a new material with many potential applications. MIT filed for two patents, which were issued in 1997 and 1999.

As Zhang further manipulated the peptides, he found that he could use them as a substrate and grow cells on them in any conceivable pattern. He made them into striking rows and lines and bars. He even spelled out the letters "MIT" using cells.