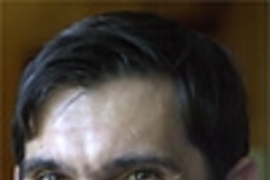 Professor Patrick Jaillet, a leader in the field of optimization with incomplete information, has been named the new head of the Department of Civil and Environmental Engineering, effective Aug. 1.

"Professor Jaillet is admired for his clear vision, superb and energetic leadership and his ability to unite faculty with diverse strengths towards excellence," said Dean of Engineering Thomas Magnanti in announcing the appointment.

Since 1991, Jaillet, who holds two MIT degrees, has been a professor at the University of Texas at Austin, where he was chair of the Department of Management Science and Information Systems with a joint appointment in the Department of Civil Engineering. He co-founded and was director of the university's Center for Computational Finance.

"Under his leadership, the MSIS department at Austin has flourished, as exemplified by being ranked third, just behind MIT and Carnegie Mellon, in the 2002 survey by U.S. News and World Report," Magnanti said.

He received the Diplome d'Ingenieur from the Ecole Nationale des Travaux Publics de l'Etat in France, then moved on to MIT, where he received the S.M. in transportation in 1982 followed by a Ph.D. in operations research in 1985. Before his appointment at the University of Texas, he was a professor at the Ecole Nationale de Ponts et Chausee in Paris.

On behalf of the School of Engineering and the Department of Civil and Environmental Engineering, Magnanti expressed "our sincere gratitude to Rafael Bras for his dedicated and sustained leadership as the former head, guiding the department into many exciting new directions." He also thanked Chiang Mei for his "outstanding service as interim department head."