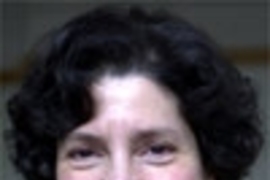 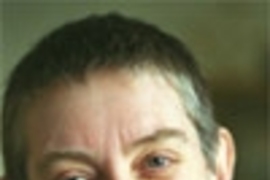 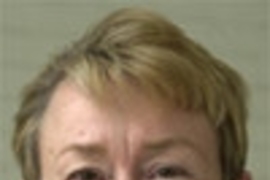 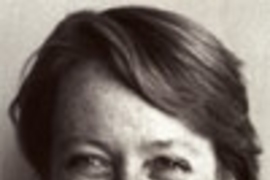 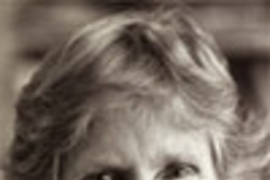 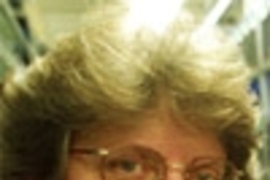 The marginalization of women faculty that committees of women and men have found at MIT's five schools is a pattern that women at many other universities and organizations reported after the 1999 MIT report on the School of Science received world-wide news coverage.

The overview section of the 2002 MIT report stated, "Outside MIT, the (1999) study ... resonated widely with professional women. The problems identified in the MIT report proved to be essentially universal for professoinal women in the US.

"Further, the problem had freqeuntly been ignored or misunderstood. President Vest held a conference of nine universiity presidents to discuss these issues, and the presidents made a committment to address gender bias at their own schools."

Below is a brief summary of the reports on each of the schools. The report and a news release summary are available online (links can be found in this page's right column).

Terry Knight, associate dean of the school, chaired the committee studying women in architecture and planning.

In the School of Architecture and Planning, a number of women faculty reported feeling a lack of influence in important decision-making, in contrast to some of their male colleagues, who reported great influence and inclusion in decision-making. The percentage of women faculty is low relative to the number of women in the 'pipeline' for academic positions in architecture and planning -- due in part to low rates of tenure for women in the School.

William J. Mitchell, dean of the School of Architecture and Planning, noted, "Despite the considerable efforts that have been made to improve the situation of women faculty in our school, and despite the encouraging progress that has been made in some areas, we still need to achieve some substantial improvements."

Thomas L. Magnanti, dean of the school of engineering, praised the committee for producing the report and urged the engineering community as a whole to meet its challenges. The report found that women faculty were hired in proportion to the available pipeline, but in some departments, the net gain in women faculty over nearly a decade was conspicuously low.

"The strongest, most resilient human systems exhibit the highest degree of freedom, opportunity, and diversity. For the sake of the engineering profession, for MIT's sake and, quite simply, because it is the right thing to do, we should and we must do better," he wrote in his statement.

"Women faculty performance is comparable to that of men (e.g. tenure rates, time to promotion, percentage of faculty with chairs). Women are compensated equally with men," he said.

He noted, however, that the "disturbing" aspects of the report added up to an "unacceptable" situation. These included the fact that the school of engineering offered half as many jobs to women PhDs from MIT as were offered to MIT male PhDs and that many women candidates reject job offers from the School.

"In sum, we learn that there is bias and that MIT is not a hospitable environment for many women faculty," Magnanti said.

"Women need to have good reasons for coming to MIT's School of Engineering. To attract a higher percentage of women faculty, past gender inequities in pay and benefits still need to be adjusted; unequal teaching loads, committee participation, and research-project access must be addressed; and the strain on women when they're building a career and raising children should be acknowledged," the report stated.

Jean Jackson, professor of anthropology, and Deborah Fitzgerald, associate professor in science, technology and society, served as co-chairs of the committee on the School of Humanities, Arts and Social Sciences (SHASS).

The report noted SHASS has the largest number of women faculty at the Institute and that, in respect to salary, "gender discrimination does not occur at present within any department."

Recommendations in their report on women in SHASS included improving mentoring of all incoming faculty; monitoring faculty salaries to recognize, in addition to scholarship, exceptional contributions in teaching, leadership and service to the Institute.

Dean Philip S. Khoury said the 2002 report provided an "an important service. It has identified causes for optimism and causes for concern, and has put forth recommendations that will make this university a better place for all."

Khoury commented, "This is not cause for complacency. Comparative salary data hardly tell the full story. A significant number of senior women have been made to feel marginalized in their academic units and in the wider school and Institute. This finding is consistent with the findings in other MIT schools, and it is deeply troubling."

The committee to study the status of women faculty in the Sloan School of Management was chaired by Lotte Bailyn, T. Wilson Professor of Management.

In the Sloan report, the committee wrote, "a startling manifestation of the consequences of marginalization was discovered. In 60 interviews with senior women faculty and a matched group of men, there was no single case where the woman reported a better experience than did her matched male pair. And there were 40 comparisons where the man's reported experience was more positive than that of his matched pair."

Richard Schmalensee, John C Head III Dean of the MIT Sloan School of Management, said, "This analysis makes it inescapably clear that in our culture, men and women faculty with outwardly very similar careers are, in effect, working at two different Schools. The women are at a much less congenial and supportive Sloan than the men.

"At the Sloan School, we teach future leaders that diversity can strengthen any organization by bringing more perspectives into deliberation and decision-making processes.... As scholars interested in improving organizational performance, we condemn glass ceilings and other forms of discriminations, but the data make it clear that ... .as a society we have a long way to go before women are fully equal in the workplace. Now -- as people of conscience and as leaders -- we must commit ourselves to the difficult but unavoidable task of changing that culture."

The 1999 report in the School of Science, chaired by Professor Nancy Hopkins, was strongly supported by former Dean Robert J. Birgeneau, now the president of the University of Toronto.

The currrent dean, Robert J. Silbey, commented in the 2002 report, "The energy and commitment of our women faculty initiated fundamental changes in the School of Science. To honor their bravery and tenacity, we must pursue with equal energy and determination the unfinished agenda. We have a great deal to accomplish before true equality and equal treatment are achieved."

Silbey noted that in 2002, six women hold important administrative positions, including directors of labs or centers, in the School of Science. "Their voices are being heard," Silbey said. No women held such positions in 1994 when the study began.

The Committees on the Status of Women Faculty, along with the Council on Faculty Diversity and the MIT Council on Family and Work, will continue to monitor equity issues at the Institute.