MIT researchers inch toward photosynthesis in a beaker 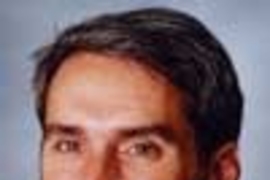 CAMBRIDGE, Mass. -- In a step toward creating energy from sunlight as plants do, MIT researchers have invented a compound that produces hydrogen gas with the help of a catalyst and a zap of light.

"We have been seeking a future alternative fuel source by studying the principles that govern the conversion of photon energy into chemical potential," he said. "Our strategy is to use the energy of sunlight to drive reactants uphill to energy-rich products, thus harnessing the sun's energy to create a renewable energy source in the future."

Nocera and Heyduk created a compound based on the metal rhodium. When the rhodium photocatalyst is dissolved in solution, the researchers add to it a hydrogen-containing acid (also called a hydrohalic acid -- one example is hydrochloric acid), and shine light on it.

"In the leaf, sugar and oxygen are energy-rich products. In our beaker, the sought-after fuels are hydrogen and a halogen, produced catalytically from the photochemical splitting of hydrohalic acid," Nocera said.

The structure of the rhodium compound allows it to break the hydrohalic acid's chemical bonds. Hydrogen gas, with a byproduct of bromides and chlorides, is produced. The by-products are chemically trapped and recycled into the reaction.

While not as complete and efficient as photosynthesis, this system comes close to the ideal use of a molecular catalyst as part of a homogeneous reaction for which scientists have been searching for more than three decades.

The African violet on your windowsill converts sunlight into a high-energy fuel over and over again in a process so complicated that scientists have yet to come close to duplicating it. Attempts to mimic it so far have not produced an energy conversion process efficient enough to compete with fossil fuels.

However, future generations will require alternatives to limited petroleum-based fuels. If scientists can make hydrogen, it could combine with the oxygen in the air to make water. This is the process that fuel cells use to generate energy. Within fuel cells, which are now being produced by various manufacturers for vehicles and buildings, it would take a photocatalyst and solar energy to start the reaction all over again from water.

In the work reported in Science, the MIT researchers' goal was to trap the photon energy in a structurally well-defined molecule and control the subsequent reactions to convert light into hydrogen. Previously, the closest scientists have come to achieving this goal is to use photocatalysts that are solids, which need massive surface areas.

In a chemical reaction, the trick is to design a system where the energy needed to break a chemical bond is compensated by the absorption of a photon. The payoff: an alternative, clean fuel source produced with the help of sunlight.

"Heyduk and Nocera have taken fundamental ideas of photochemistry and harnessed them to achieve a long sought-after but elusive goal: molecular-based photocatalytic production of a useable fuel," writes James K. McCusker, a chemistry professor at Michigan State University, in a perspective for Science. "The importance of this work is not the specificity of the catalyst's performance, but rather that a new door has been opened."

Sunlight is the perfect energy source -- readily available and free. According to the National Renewable Energy Laboratory of Golden, Colo., the sun bathes us every day with more energy than humans could use in 30 years.

Nocera says that their new process is not perfect, but it is a beginning that may re-ignite solar energy research that has been largely dormant since the 1970s.

"As it stands, we have performed half of the photosynthetic reaction by generating hydrogen. If we can now get the other half of the process to work (getting the halogen), we would have a framework for future energy production," Nocera said.