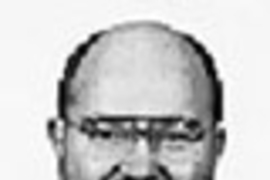 CAMBRIDGE, Mass. -- MIT Professor John M. Edmond, a marine geochemist and paleoceanographer whose work on the oceanic carbon dioxide system contributed to breakthroughs in understanding the fate of fossil fuel carbon dioxide, died unexpectedly at home on April 10. Born in Glasgow, Scotland, and a member of the MIT faculty since 1970, he was 57.

A memorial service in Professor Edmond's honor will be held on Monday, April 23rd, in the MIT Chapel at 5:30pm. The MIT Department of Earth, Atmospheric and Planetary Sciences will host a reception following the service in the Ida Green Lounge, Room 54-923.

Professor Ronald Prinn, head of the Department of Earth, Atmospheric and Planetary Sciences, commented "John Edmond was a major international figure in chemical oceanography over the past three decades. His studies of the chemical cycles in the worlds' oceans, and in the major rivers which supply the oceans, have been widely lauded. He will be missed, but remember fondly, by his MIT colleagues and students, and by the geochemistry community worldwide."

Professor Edward A. Boyle of earth, atmospheric and planetary sciences said, "John Edmond combined a mighty intellect with enormous energy to explore the earth surface environment from the bottom of the ocean to the top of the highest plateau; from the heat of the tropics and hydrothermal vents to the cold of the Antarctic and the North Pole."

Professor Edmond and his research group accomplished pioneering work on oceanic particulate matter, trace elements and radioisotopes. He participated in the discovery and geochemical exploration of hydrothermal systems at the mid-ocean ridges, and led research that illuminated the chemical composition of remote rivers and lakes such as Lakes Tanganyika and Baikal and the Amazon, Orinoco, Siberian and Tibetan rivers. Professor Edmond had many research collaborators throughout the world.

Professor Prinn added "John combined a keen sense of what the important scientific questions were with careful and innovative chemical analyses and an adventurous spirit that took him all over the globe. He was brilliant, energetic, unselfish and inspiring to students and colleagues alike."

Professor Edmond's enthusiasm for scientific exploration generally and for marine geochemistry in particular shone through in his vivid commentary.

In 1978, following the discovery of salt water rivers in the remote Andean highlands of Peru flowing through a region of salt domes en route to the Amazon River, Professor Edmond explained to a reporter, "Under the tremendous stresses of geological uplift, the salt can be squeezed like toothpaste through cracks and faults."

In 1982, Professor Edmond concluded an expedition to study the Sea of Cortez in which he and his team discovered three fields of hot-water vents 6,500 feet below the surface.

He described the vent chimneys as reminiscent of "Japanese pagodas with several roofs coming out of them. They are completely covered with large tube worms and thick mats of yellow-orange bacteria." Professor Edmond also described the smell of the site as "like putting your nose into a diesel oil tank."

Francis Albarede, President of the European Association of Geochemistry said, "A scientist can be extremely proud if by the end of his life he had contributed one idea that changed the human perception of the world. John Edmond left us with several of these."

Professor Edmond was a Fellow of the Royal Society, as well as of the American Geophysical Union. He was a recipient of AGU's Macelwane Medal, and he received the Harold Urey Medal of the European Association of Geochemistry and Geochemical Society. He served on the editorial boards for Earth and Planetary Science Letters, the Geochemical Journal (Japan) and Chemical Geology/Isotope Geochemistry. In addition he served on the RIDGE Steering Committee in the Geosciences and Astronomy division of the Royal Society.

A FRIEND AND MENTOR TO STUDENTS

At MIT, Professor Edmond taught graduate courses in marine geochemistry and undergraduate seminars including "The Earth as a Chemical System."

Professor Edmond was thesis advisor and colleague to Professor Boyle. Professor Boyle also noted, "He was also an exceptionally kind and thoughtful person, one who wouldn't hesitate to help someone who needed it. His students thrived on the discussion and attention he gave them.

"He spent a lot of time with his students, both in the lab, in the field and at dinners at his home. When he criticized, he did it in such a way that ultimately built up our confidence and ability and led us to successful academic careers," Professor Boyle said.

On a note of personal gratitude, Professor Boyle said, "My scientific career was jump-started by my graduate work with John; he had lots of good ideas and contacts, and he provided more opportunities and leads than I could ever find time to pursue. I can't begin to say how much he will be missed."

In lieu of flowers, the Edmond family requests that donations be sent to The Pine Street Inn, a shelter for homeless men and women in Boston, Mass.