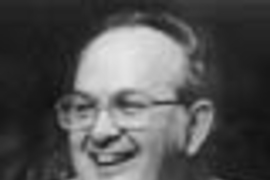 Charles L. Miller, a former MIT faculty member credited with introducing computers and systems approaches into the teaching and practice of civil engineering, died in his home in Tampa, FL on February 29 after a long illness. He was 70.

Professor Miller, who at age 32 in 1961 was the youngest professor to be named head of the Department of Civil Engineering, played an important role in revising the department's curriculum, incorporating studies of thermodynamics, electrical engineering, and statistical theory and mathematical models.

He helped usher civil engineering into the computer age by developing methods of using computers to analyze data for locating highways, and in 1961 he developed the first computer program for topographical surveying, an early forerunner of CAD programs. The program, called COGO -- short for Coordinate Geometry System -- understood traditional civil engineering terms such as "locate," "inverse," "ramp" and "alignment," making the early computers more accessible to civil engineers for surveying problems.

COGO was later incorporated into Professor Miller's Integrated Civil Engineering System (ICES), which placed computing power into the hands of designers in many engineering fields, including transportation, urban development, housing and construction engineering.

In 1968, President Nixon appointed Professor Miller to head the Transportation Task Force, charged with preparing a report on all phases of US transportation and recommending legislation to address problems.

Professor Miller was born in Tampa on June 5, 1929. He earned the SB (1951) and SM (1958) from MIT in civil engineering. In 1960 he founded MIT's Computer Engineering Systems Laboratory, the first in the country. From 1968-77 he was director of the Urban Systems Laboratory, an interdepartmental lab for research into city planning and management.

In 1970 he was named associate dean of engineering and interim director of the Charles Stark Draper Laboratory, a post he held for one year during the lab's transition from MIT's Instrumentation Lab into an independent research lab. He left MIT in 1977 to run his own company, CLM/Systems, Inc. in Tampa.

In 1998, the American Society of Civil Engineers honored Professor Miller with the Computing in Civil Engineering Award for "his pioneering achievements in computing, his development of the concepts and computer programs for coordinate geometry and digital terrain modeling, and his contributions to civil engineering computer computational achievement."

Among his other awards were the Outstanding Young Men of Greater Boston Award (1965). He was a fellow of the American Academy of Arts and Sciences and a member of the Latin America Science Board of the National Academy of Sciences.

Professor Miller is survived by his wife, Roberta (Pye) of Tampa; and three sons, Hank and Jonathan of Springfield, NY, and Stephen of Apollo Beach, FL.

A memorial service was held in Tampa on March 3. The family requests that in lieu of flowers, donations be made to the Plant a Tree Program, c/o Forestry Fund, Box 89, Herkamar, NY 13350.