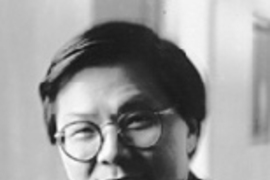 CAMBRIDGE, Mass.--Dr. David Da-I Ho, the physician and world-renowned AIDS researcher, has accepted an invitation to be the speaker at the Massachusetts Institute of Technology's Commencement exercises on June 5.

Dr. Ho, who in 1996 was named Man of the Year by Time Magazine, overturned the conventional assumption that the HIV virus remains dormant for up to 10 years in a person before its outbreak into AIDS. His recognition that the virus is extremely active right from the beginning of infection led him to initiate the deployment of a combination of drugs to overpower the virus.

"Dr. Ho's work demonstrates the critical importance of science to the solution of problems such as AIDS that plague our society," said MIT President Charles M. Vest. "His work should remind us all of the great benefits America reaps from opening doors, institutions and opportunities to immigrants. We are proud to claim him as a graduate of the Harvard-MIT Division of Health Science and Technology [HST]."

Last June, Dr. Ho gave HST's Commencement address. He told the gathering of Harvard and MIT faculty, "HST is where my clinical skills were honed, where my scientific interests were solidified, and where I truly learned to tackle research with a multidisciplinary approach not limited by the arbitrary boundaries that separate medicine from the physical sciences, engineering and mathematics. I will be forever indebted to you."

Dr. Ho is currently a professor at Rockefeller University, and since 1990 has been scientific director and chief executive officer of the Aaron Diamond AIDS Research Center in New York, the largest private HIV/AIDS research center in the world.

Born in Taiwan in 1952, he was educated in both Taiwan and the United States. His birth name, Da-I, means "great one" in Chinese ideograms, and he has said that his parents impressed upon him the importance of scholarship and education. Seeking an advanced degree, Dr. Ho's father immigrated to the United States from Taichung, Taiwan, when his son was three years old. Nine years later, the young Da-I, his mother and younger brother joined him in Los Angeles.

Although he was unable to speak English, Da-I Ho was enrolled in school. Thanks to that school's English-as-a-second-language program and American TV programs, he was speaking the language within a few months.

He was a resident in internal medicine at Cedars-Sinai Medical Center in Los Angeles in 1981 when he came in contact with some of the first reported cases of what was later identified as AIDS.

Dr. Ho was one of the first scientists to recognize that the disease was a virus. His fascination with finding the means to conquer the disease continued throughout the years he spent at Massachusetts General Hospital and the University of California at Los Angeles School of Medicine.

Dr. Ho has served on the US National Task Force on AIDS Drug Development, the advisory board of the American Foundation for AIDS Research and the Board of Scientific Advisors of the National Cancer Institute. He has received a vast number of awards and honors, including the Ernst Jung Prize in Medicine, the Squibb Award of the Infectious Diseases Society of America, the New York City Mayor's Award for Excellence in Science and Technology and the Scientific Award of the Chinese-American Medical Society.