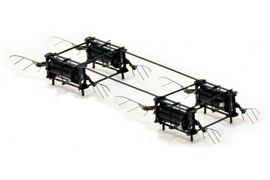 If you’ve ever swatted a mosquito away from your face, only to have it return again (and again and again), you know that insects can be remarkably acrobatic and resilient in flight. Those traits help them navigate the aerial world, with all of its wind gusts, obstacles, and general uncertainty. Such traits are also hard to build into flying robots, but MIT Assistant Professor Kevin Yufeng Chen has built a system that approaches insects’ agility.

Chen, a member of the Department of Electrical Engineering and Computer Science and the Research Laboratory of Electronics, has developed insect-sized drones with unprecedented dexterity and resilience. The aerial robots are powered by a new class of soft actuator, which allows them to withstand the physical travails of real-world flight. Chen hopes the robots could one day aid humans by pollinating crops or performing machinery inspections in cramped spaces. 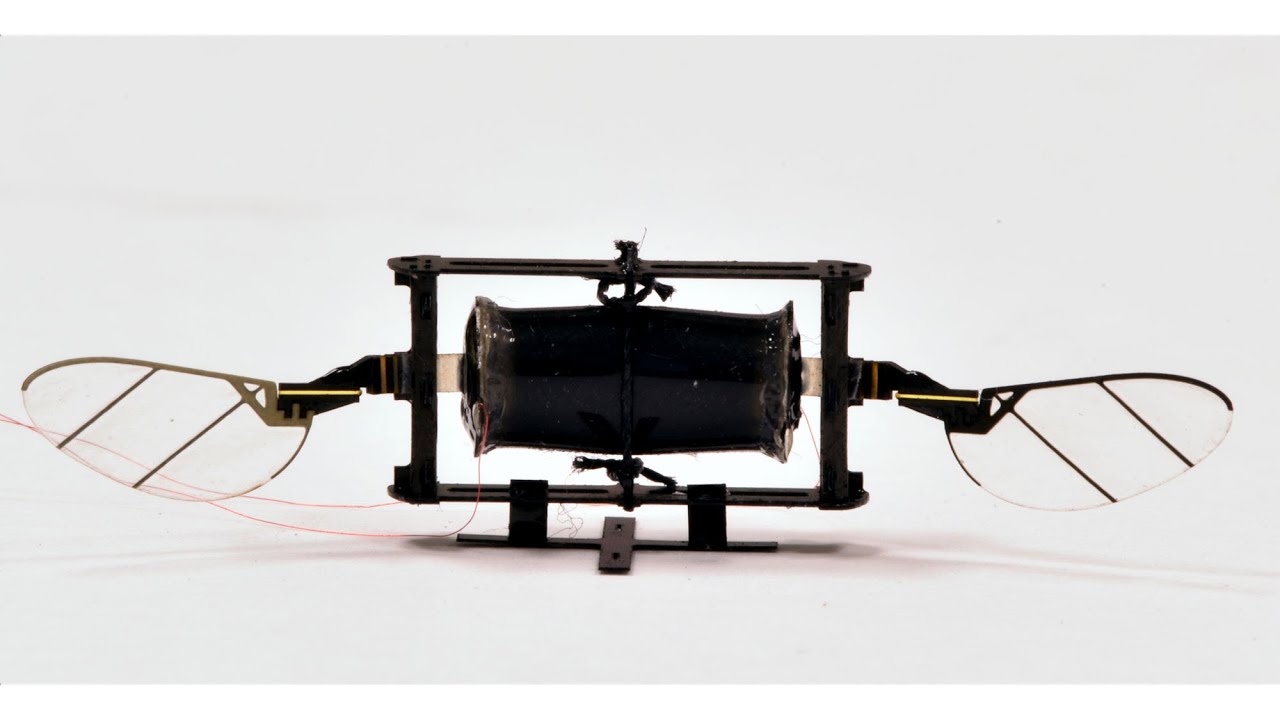 Typically, drones require wide open spaces because they’re neither nimble enough to navigate confined spaces nor robust enough to withstand collisions in a crowd. “If we look at most drones today, they’re usually quite big,” says Chen. “Most of their applications involve flying outdoors. The question is: Can you create insect-scale robots that can move around in very complex, cluttered spaces?”

According to Chen, “The challenge of building small aerial robots is immense.” Pint-sized drones require a fundamentally different construction from larger ones. Large drones are usually powered by motors, but motors lose efficiency as you shrink them. So, Chen says, for insect-like robots “you need to look for alternatives.”

The principal alternative until now has been employing a small, rigid actuator built from piezoelectric ceramic materials. While piezoelectric ceramics allowed the first generation of tiny robots to take flight, they’re quite fragile. And that’s a problem when you’re building a robot to mimic an insect — foraging bumblebees endure a collision about once every second.

Chen designed a more resilient tiny drone using soft actuators instead of hard, fragile ones. The soft actuators are made of thin rubber cylinders coated in carbon nanotubes. When voltage is applied to the carbon nanotubes, they produce an electrostatic force that squeezes and elongates the rubber cylinder. Repeated elongation and contraction causes the drone’s wings to beat — fast.

Chen’s actuators can flap nearly 500 times per second, giving the drone insect-like resilience. “You can hit it when it’s flying, and it can recover,” says Chen. “It can also do aggressive maneuvers like somersaults in the air.” And it weighs in at just 0.6 grams, approximately the mass of a large bumble bee. The drone looks a bit like a tiny cassette tape with wings, though Chen is working on a new prototype shaped like a dragonfly.

“Achieving flight with a centimeter-scale robot is always an impressive feat,” says Farrell Helbling, an assistant professor of electrical and computer engineering at Cornell University, who was not involved in the research. “Because of the soft actuators’ inherent compliance, the robot can safely run into obstacles without greatly inhibiting flight. This feature is well-suited for flight in cluttered, dynamic environments and could be very useful for any number of real-world applications.”

Helbling adds that a key step toward those applications will be untethering the robots from a wired power source, which is currently required by the actuators’ high operating voltage. “I’m excited to see how the authors will reduce operating voltage so that they may one day be able to achieve untethered flight in real-world environments.”

Building insect-like robots can provide a window into the biology and physics of insect flight, a longstanding avenue of inquiry for researchers. Chen’s work addresses these questions through a kind of reverse engineering. “If you want to learn how insects fly, it is very instructive to build a scale robot model,” he says. “You can perturb a few things and see how it affects the kinematics or how the fluid forces change. That will help you understand how those things fly.” But Chen aims to do more than add to entomology textbooks. His drones can also be useful in industry and agriculture.

Chen says his mini-aerialists could navigate complex machinery to ensure safety and functionality. “Think about the inspection of a turbine engine. You’d want a drone to move around [an enclosed space] with a small camera to check for cracks on the turbine plates.”

Other potential applications include artificial pollination of crops or completing search-and-rescue missions following a disaster. “All those things can be very challenging for existing large-scale robots,” says Chen. Sometimes, bigger isn’t better.

Mashable reporter Jordan Aaron spotlights how MIT researchers have developed insect-sized drones that can flap their wings over 500 times per second, allowing them to withstand collisions. The drones are “powered by a small actuator, which gives them the ability to flap so fast.”

Prof. Kevin Chen speaks with NPR about his work developing a new microdrone inspired by how an insect flaps its wings. “Because our soft power robot is very robust, of course, we can do interesting maneuvers, such as doing a somersault, we can survive collisions, et cetera,” he explains.

Speaking with WHDH, Prof. Kevin Cheng explains how he was inspired by the agility of insects to create tiny new drones that are acrobatic and resilient. “Think about a scenario, for example, a building collapse with people trapped inside, and what we’re thinking of is sending a swarm of drones into this collapsed building to search for survivors,” says Chen. “That’s something very difficult for traditional drones.”

TechCrunch reporter Brian Heater spotlights how MIT researchers have designed insect-sized drones that can withstand collisions. Heater notes that potential applications for the new drones include everything from “simple inspections currently being handled by larger models to pollination and search and rescue.”

MIT researchers have developed tiny, agile drones with insect-like wings, reports John Biggs for Gizmodo. “The goal is to use these tiny, soft drones to explore close spaces where rigid drones will break on contact with hard surfaces,” writes Biggs.

Writing for Boston.com, Mark Gartsbeyn highlights how MIT researchers have “developed tiny drones that can fly, dodge, and weave like actual insects.”