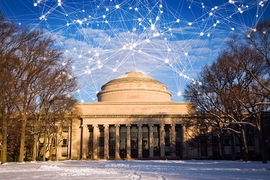 Since its 2000 founding, the MIT Venture Mentoring Service (VMS) has made quite an impact on campus. Employing a unique and rigorous mentoring model, VMS has aided fledgling entrepreneurs in launching dozens of successful companies.

However, for the past decade, VMS has also helped launch more than 50 other mentoring programs worldwide, through the VMS Outreach Training Program. Run by VMS Co-director Jerome Smith, the training program works individually with organizations on how to adopt the VMS model for their own ends — with positive results.

Today’s 53 and counting VMS-trained programs can be found far and wide, with varying sizes, missions, and specializations. For example, VMS is now in discussions with a program in Colombia — also home to three other VMS-trained programs —that will focus on helping entrepreneurs in the coffee industry. Several years ago, VMS trained the Chicago Innovation Mentors program, sponsored by local universities and research organizations, which now has 180 mentors working with 75 ventures that focus specifically on biomedical and health care.

“What we’ve learned about this model is that it’s scalable, it’s replicable,” says Smith, a mentor and experienced executive of global companies. “Wherever you are, we’ll teach you how to find highly qualified mentors.”

Other VMS-trained program locations include: Barcelona Activa in Barcelona, Spain; O3NL in Amsterdam, Netherlands; the University of Alberta in Edmonton, Canada; the University of Missouri in Columbia, Missouri; the Harvard Innovation Lab in Cambridge, Massachusetts; and the Universidad Anahuac Mayab in Mérida, Mexico.

Organizations seeking to start mentoring programs will send their leadership teams to MIT for a two-and-a-half day Immersion Training Program, during which VMS staff and volunteers — including Smith, VMS Outreach Program Manager Ariane Martins, VMS Director Sherwin Greenblatt, VMS Operations Manager Roberta McCarthy, and other mentors — provide a curriculum that details, among other things, the cornerstones of the MIT VMS model. These include a unique team-mentoring methodology (three or four mentors per session), selecting and retaining highly qualified volunteer mentors, strict ethical guidelines for assuring unbiased advice to entrepreneurs, long-term commitment to entrepreneurs and their ventures, and formal operational procedures.

VMS will also navigate leaders through governance, gaining and vetting mentors, and scaling, among other issues. Finally, the leaders will sit in on an unscripted VMS mentoring session. “We have no idea if it’s going to be good, bad, or ugly,” Smith says, laughing. “But they [need to] see what it’s like.”

After training, VMS follows up with interested programs at their locations, especially for training the first group of mentors. They also offer a stakeholder workshop, where a VMS representative will conduct meetings with members of a local community to help build program credibility.

A key to success for VMS and its “sister programs,” Smith says, is vetting the mentors. This involves extensive screening and a rigorous interview with program executives to ensure they have relevant business experience. They also have to be willing to openly collaborate in a team-mentoring environment, “which is quite a foreign concept to almost everybody,” Smith adds. “People are used to just one-on-one mentoring.”

As for ethics: Mentors must sign a blanket nondisclosure agreement, can’t sell their own services to ventures, and can only invest under very strict guidelines, to ensure mentees receive objective mentoring. “[Mentors are] not going to try to sell entrepreneurs their CPA services or their consulting services, or they’re not going to be haggling for board seat,” Smith says. “This creates a conflict-free and confidential environment.”

In September 2014, Brenda Laakso, vice president of NEXT Innovation Center in South Carolina, took the VMS training with a small team. They launched a team-mentoring program at NEXT in March 2015, and today the program has 18 mentors for 10 companies and continues to grow.

The program’s success is due, in part, to strict mentor vetting, Laakso says. For several months, she sat in on all mentoring sessions and offered reviews of mentor performances during monthly meetings. Effective mentors stuck around and brought in other effective mentors. “You need to keep the bar high for mentors,” Laakso says. “In that, [VMS] was absolutely spot on.”

Knowing where to look

In his experience, Smith says, a misconception among leaders is that they won’t find enough successful entrepreneurs to serve as mentors.

The thing is, mentors can come from many walks of life, McCarthy says. In fact, VMS mentors include entrepreneurs, top corporate executives, business people, retired military personnel, and even doctors. “Most likely, any successful business person has a network they can tap into,” McCarthy says.

New mentors primarily come via references from other mentors, which expands the program, Greenblatt adds. “If someone brings in some of their very good colleagues as mentors, they also have mentor networks,” he says. “If you actively pursue that, it’s amazing how that will spread out.”

Consider a small-scale program VMS helped launch several years ago in Cape Breton Island, Nova Scotia. This program tapped local businesses and a small university and community college for mentors. Today, they run a small operation that’s adequate for their size. “There are people available, you just have to know where to look,” Smith says.

Smith says VMS treats programs-in-training essentially like early startups. Participants must provide an initial overview of their idea, just like an entrepreneur will do during their first mentor session. During the training program, the participants will pinpoint critical issues, and VMS will assign a VMS mentor team to work through them.

VMS also tells participants to start small and scale the program gradually — critical advice for startups, Smith says. “We focus on the practical,” he says. “Even if you could get 50 mentors, you want eight or 10, and maybe four or five ventures for the first six months to see how this methodology works and to train your mentors.”

When representatives leave the training program, they give VMS their goals for the next 90 days. A VMS relationship manager will keep tabs on the program.

This lesson resonated with Helle Nielsen-Elgaard, head of innovation for Scion DTU — a science and technology park that’s part of the Technical University of Denmark — who took the VMS training with her team in January 2014.

Initially, the team planned to grow fast, with dozens of mentors for 20 companies in six months. But the VMS training program made them cut the mentor and company numbers significantly. “That shook us a bit,” Nielsen-Elgaard says. “We had our ideas … but they told us we needed to be patient.”

It worked: In June 2014, Scion recruited its first eight mentors for its team-mentoring program. Over 18 months, the program grew to 62 mentors for 36 mentees, and has churned out several successful ventures. “We’re so impressed,” Nielsen-Elgaard says. “We took the VMS advice … and it’s working really, really well.”