Since the MIT Media Lab launched its Director's Fellows initiative in 2013, the program has lived up to its mission to attract people with “less-than-traditional backgrounds” outside academia.

This year’s new cohort spans the spectrum: from a world-famous Japanese soccer star to a dancer/choreographer to the creator of Kickstarter; from a documentary maker to a flavor scientist to a women’s rights activist; from a traditional textile maker to a playwright/director to a fashion designer.

As part of their two-year honorary affiliation with the Media Lab, Director’s Fellows connect with faculty and students, both onsite and offsite. Together, fellows pursue collaborative projects that both deploy Media Lab innovation to tackle real-world problems and connect with real-world opportunities to expand learning and creativity. And they’ll become part of what Media Lab Director Joi Ito envisages as “hybrid popup Media Lab communities around the world.” Ito selects the fellows, and says he foresees their collaborations “as helping us deliver on our goal of increasing diversity and promoting deeper cultural exchange in the context of our ongoing focus on technology, innovation, and creation.” 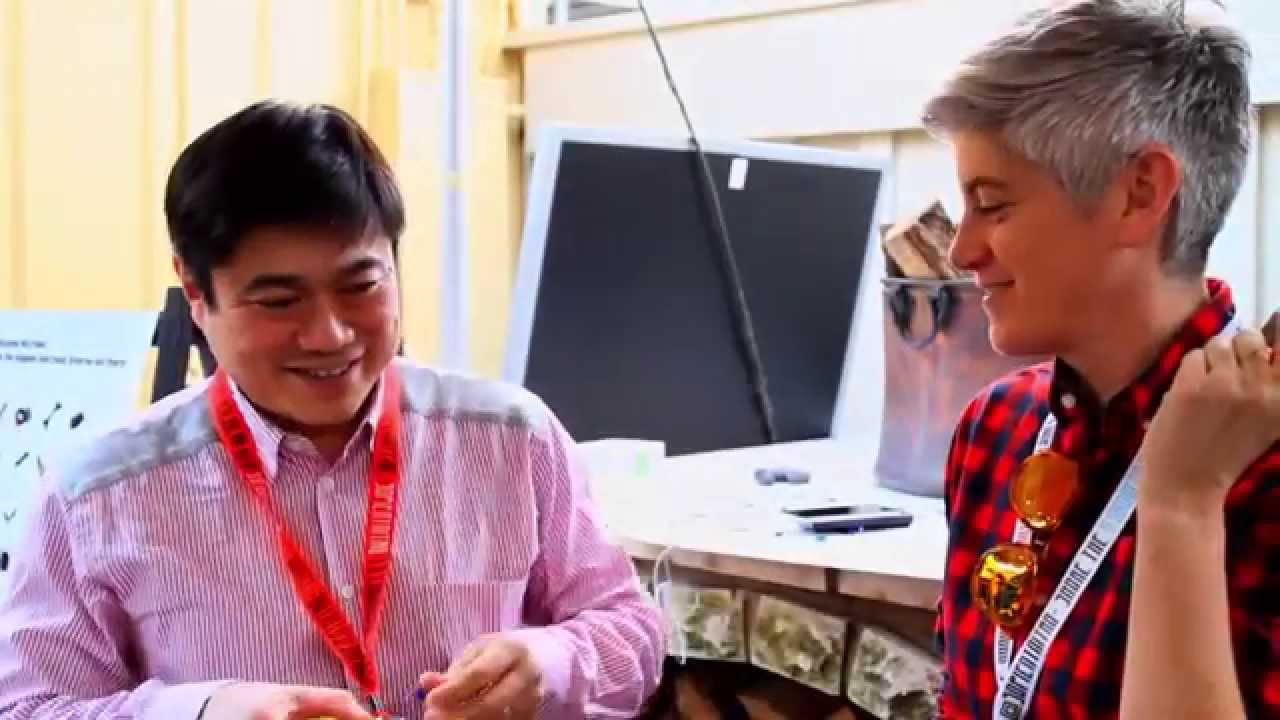 Play video
The MIT Media Lab Director’s Fellows initiative is a unique program that connects research from the lab with communities and causes all over the world.

“The program has evolved from its original experimental mindset to an integration and outcome-focused approach, which has allowed us to grow organically within the lab's community,” says Claudia Robaina, who coordinates the Director’s Fellows program. “The quantity and quality of projects — proposed and developed by our fellows in partnership with lab faculty and researchers — continue to expand in both reach and variety.”

The 2016 fellows form an impressive group from a diversity of expertise and regions:

Karole Armitage, artistic director of the New York-based Armitage Gone! Dance Company, is renowned for pushing the boundaries to create contemporary works that blend dance, music, science, and art to engage in philosophical questions about the search for meaning.

Perry Chen is a New York City-based artist and creator of the funding platform Kickstarter, where he was CEO through 2013. He was a TED Fellow in 2010, and named to Time magazine’s 2013 list of the 100 most influential people in the world. Chen has exhibited his artwork in New York, Berlin, and Mexico City.

Sheila Hayman is a British-born BAFTA-winning producer/director of shows for the BBC, Channel 4 UK, and others, who now shoots and edits her own films. Recently, Hayman has moved into digital media and music, with apps, digital projects, and interactive performances for organizations across the world.

Keisuke Honda is a professional soccer player, entrepreneur, and educator. He is active as an angel investor and has also launched a soccer-focused company, Honda Estilo, in Japan. As an educator, he believes in providing opportunities for “local production for local consumption” or independence. In 2016, Honda was named a U.N. Foundation Global Advocate for Youth.

Masataka Hosoo, innovator and brand director of HOSOO, a Kyoto-based traditional kimono textile maker, is bringing Nishijin-ori weaving techniques and textiles to the forefront of the design and fashion scenes worldwide. He introduces elements of modern technology and an innovative business acumen to this traditional craft.

Arielle Johnson is a flavor scientist and head of research at the food think tank, MAD. She’s also the resident scientist at restaurant noma in Copenhagen. Johnson collaborates with chefs, designers, engineers, and other scientists to dismantle the boundary between the kitchen and the laboratory.

Madeline Sayet is a playwright, director, performer, writer, and educator based in New York and New England. A member of the Mohegan Nation, she explores cultural intersections through original theater productions in an effort to highlight indigenous perspectives. Her work explores the complexities of race, culture, and media.

Céline Semaan Vernon is a Lebanese-Canadian designer, activist, teacher, and entrepreneur who founded the New York-based fashion firm, Slow Factory. Her background is in art, technology, and information design, and her mission is centered on responsible design, human rights, and open data.

The program’s 30 fellows to date, who’ve come to the lab from across the globe, include prison activist Shaka Senghor, comedian Baratunde Thurston, bionic pop artist Viktoria Modesta, Buddhist monk Tenzin Priyadarshi, social entrepreneur Khalida Brohi, and film director and producer J.J. Abrams. Past collaborations have included the production of 3-D design software and robotic measurement tools in Kenya, The Atonement Project for victims and perpetrators of crime, and Microculture, an interactive game that combines synthetic biology and community building. 2014 fellow Katy Croff Bell’s collaboration has led to lab students joining her this month on the Exploration Vessel Nautilus to test new ideas, including the feasibility of an origami-inspired folding structure for marine habitat restoration.