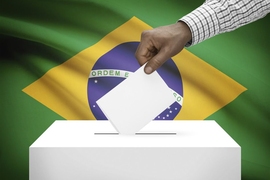 An effort to clean up local elections in Brazil has yielded new evidence about the prevalence of “voter buying” in one of the world’s largest democracies. A study co-authored by an MIT political scientist finds that audits of voters reduce the electorate by 12 percentage points in local elections, and lower the chances of mayoral re-election by 18 percentage points. Fraudulent electoral practices are also much more prevalent in small towns than in larger places.

While patronage systems are often thought to materially reward existing residents for their votes, such political machines not only “influence actions of the electorate,” as the new paper states; they also change the composition of the electorate.

In Brazil, contemporary procedures and technology have left political machines unable to invent voters and votes out of thin air. Instead, the electoral subterfuge in question consists of efforts to “import” real voters into places where they do not legally belong, through dubious registration practices.

“In Brazil, where they have a good voting system and there is essentially no ballot stuffing, you can still have this other vector for fraud that can have quite large effects on who wins and loses,” says F. Daniel Hidalgo, an assistant professor in MIT’s Department of Political Science and a co-author of the paper. “In large swaths of the territory, it’s a big issue.”

Yet the results also suggest the limitations of “electoral tourism,” as it is sometimes called globally. Compared to old-fashioned ballot-stuffing practices, this form of fraud is more expensive, and thus may be more limited in scope. That may explain why it seems more common in smaller places; importing a given number of voters would have a lesser impact in a larger municipality.

“This is a good story, in the sense that cheaper ways of rigging the vote are unavailable,” Hidalgo says.

The paper, “Voter Buying: Shaping the Electorate through Clientelism” has been published by the American Journal of Political Science. The authors are Hidalgo and Simeon Nichter, an assistant professor of political science at the University of California, San Diego.

In this case, Brazilian electoral courts order audits of voting rolls when the eligible electorate exceeds 80 percent of a municipality’s population. So, by comparing the election results in places where just under 80 percent of the population was eligible to vote, with results in places that triggered audits because slightly more than 80 percent of the population could vote, Hidalgo and Nichter were able to see auditing-related differences between places that were otherwise broadly similar in voting terms.

“Because it’s fraud, it’s hard to measure,” Hidalgo observes. In Brazil, he adds, “There are a lot of anecdotes, but it hasn’t really been studied systematically.”

In 2007, about one-quarter of Brazil’s 5,564 municipalities exceeded the 80 percent threshold, although a slightly smaller fraction was actually audited. The researchers based the study on a wave of electoral audits conducted in 2007 and 2008, the largest set of such checks Brazil has conducted in decades.

About three-quarters of the towns with suspiciously high voter registration numbers had a population of 11,300 citizens or fewer; only two had populations over 90,000.

A level playing field for challengers

Cleaning up elections has a disproportional effect on incumbents, Hidalgo and Nichter write, because incumbents are likely to have “greater access to resources” than challengers do, which enables to them conduct more voter buying. Those resources can include access to public funds or social programs, or staff that process registration transfers. In all, the proportion of incumbents winning re-election after audits took place dropped from 53 percent to 35 percent.

“Mayoral elections in Brazil are incredibly competitive,” says Hidalgo, noting that a paradox of sorts exists in the country: “It’s a vibrant democracy, but that generates strong incentives for mayors to do this kind of thing [voter buying].”

Other scholars regard the work as innovative and interesting. Haracio Larreguy, an assistant professor of government at Harvard University, who has read the paper, praises the study as providing “the first estimates of the extent of this issue in a developing country, which is a context where voter buying is believed to be of big relevance.” Larreguy also states that the research “opens the door to more work on voter buying in other countries.”

Despite the results, Hidalgo emphasizes that in his view, Brazil’s electoral system, in all its aspects, generally functions well.

“I don’t want to overstate and say this undermines the electoral system more broadly,” he says, adding: “In some ways I would say their electoral system is better than ours [in the U.S. and Western Europe],” due to the presence of electronic voting, the use of nonelected officials to run elections, and other factors.

Still, Hidalgo adds, he thinks studies of electoral malfeasance are always worth conducting.