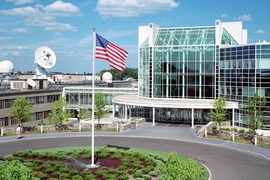 MIT is pleased to announce that the Air Force has renewed the contract for the continued operation of MIT Lincoln Laboratory, a Department of Defense Federally Funded Research and Development Center (FFRDC). Since 1951, MIT has operated Lincoln Laboratory in the national interest for no fee and strictly on a cost-reimbursement, no-loss, no-gain basis.

Under the terms of the contract, MIT, a non-profit higher education institution, will ensure that Lincoln Laboratory remains ready to meet research and development challenges that are critical to national security. To this end, the contract provides the framework under which the Department of Defense, civilian, and intelligence agencies may request research, development, and rapid prototyping assistance necessary to meet their distinct missions. The contract was awarded by the Air Force Life Cycle Management Center at Hanscom Air Force Base, Massachusetts, for a term of five years with an option for an additional five years. Although the base contract has an overall ceiling amount of $3.1 billion, the award guarantees only the minimum amount of work stated in the contract (valued at $500,000).

Lincoln Laboratory is a unique resource, as it is the sole national defense laboratory pairing state-of-the-art research and development with rapid hardware prototyping capabilities. Once capabilities and hardware are developed, Lincoln Laboratory, in close coordination with the U.S. government, turns the developed technologies and prototypes over to industry, which then commercializes the technology on the scale necessary to meet national needs.

More broadly, the contract award is indicative of the Department of Defense’s continuing and prudent recognition of the long-term value of, and necessity for, cutting-edge research and development in service of our national security, even in times of fiscal austerity.