A new approach to negotiations 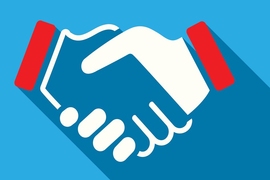 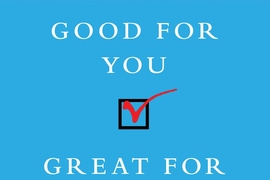 ↓ Download Image
Caption: Cover of "Good For You, Great For Me"

Caption:
Cover of "Good For You, Great For Me"

Classically, negotiations are thought to be about playing one’s hand well at the bargaining table: The right combination of resolve, nerve, and polish can get you what you want.

But a new book from an MIT professor brings a different message: It’s what happens both before and after parties meet at the bargaining table that makes a negotiation successful.

“It’s not just about a person being smart or tough,” says Lawrence Susskind, a leading expert on negotiating practices.

Susskind’s book, “Good for You, Great for Me: Finding the Trading Zone and Winning at Win-Win Negotiation,” published this month by Public Affairs Press, details the framework that has emerged from his long-term studies of bargaining.

Instead of relying on negotiating-table bravura, Susskind thinks, negotiators should prepare in advance and think about everyone’s strategic interests; grasp how much license to maneuver their counterparts have; seek out flexible agreements with logical contingencies; and consider what constitutes an acceptable outcome for the party.

“There’s always a competitive part to every negotiation,” says Susskind, the Ford Professor of Urban and Environmental Planning in MIT’s Department of Urban Studies and Planning. “But what we’ve learned is, you want to handle the competitive part in a way that doesn’t ruin the relationship.”

Getting to yes — then going beyond

Susskind’s work takes as a departure point the famous 1981 book, “Getting to Yes: Negotiating Agreements without Giving In,” by Roger Fisher and William Ury. That book popularized the idea that negotiations are not just a zero-sum game, but can have what came to be known as a “win-win” dynamic, if two parties are able to create value that can be divvied up.

“‘Getting to Yes’ basically turned the conventional wisdom on its head,” Susskind says. “It said not every negotiation is a win-lose battle … [but a] shared search for mutual gains. People are more comfortable with that than turning everything into a contest.”

But Susskind, who with Fisher co-founded the Program on Negotiation jointly run by Harvard University, MIT, and Tufts University, says “Getting to Yes” hardly ruled out the idea that advantages can be gained during negotiations. The motivation for the current book, in his view, is to help people find advantages within larger “win-win” situations.

“Everybody can’t get everything they want, no matter what you do,” says Susskind, who also founded a nonprofit group, the Consensus Building Institute, which mediates disputes around the globe

He nonetheless urges negotiators to enter the frame of mind he calls “the trading zone,” where gains for both parties can be discussed. And in “Good for You, Great for Me,” one of Susskind’s key concepts is that negotiations should be handled with the idea of “back tables” in mind — that is, negotiators represent larger organizations, and are limited in their power. Better negotiating means studying the other party’s interests closely — whether that produces small gains for one side, or new ideas about expanding win-win scenarios.

“Someone’s room to maneuver is limited by their mandate,” Susskind says. “Saying something more powerfully isn’t going to make a difference. Imagine the person across the table from you as an emissary to a back table.”

Another key issue Susskind emphasizes is that in an uncertain world, agreements should be adaptable. “We need a better way of making agreements that can change over time,” he says. “Circumstances change. We need agreements that adapt.”

Consider water diplomacy, a specialty for Susskind: Environmental and political shifts mean the availability of water, and even the particular countries at the bargaining table, evolve over time.

“If you take all the countries along a river that made a decision 50 years ago about how they’re going to share the water, then climate change affects how much water there is,” Susskind observes.

In Susskind’s view, the ever-changing nature of the world does not mean that agreements should only be short-term in nature, but rather, that they should have contingencies built into them — to show what happens when, say, water levels drop. In all areas, including the environment, Susskind recommends joint monitoring of these kinds of circumstances, to spread responsibility and trust among parties.

Write the other party’s victory speech

Finally, Susskind thinks that before they sit down at the table, negotiators should “write the victory speech for the other side.” Is the deal obtained by the counterparty in a negotiation good enough for them to laud, as well?

“I have to put myself in your shoes in a really empathetic way, to try to sell you on why the version of the deal I want is one you can take home,” Susskind explains.

“Good for You, Great for Me” has received praise from others in academia. Lawrence S. Bacow, president emeritus of Tufts University, has called it “an important new book that points even skilled negotiators in a new direction.” At a minimum, Susskind notes, he would like people to realize that negotiating practices are an essential part of an organization’s larger strategic vision, and can be studied with scholarly rigor.

“I don’t think that traditionally people have seen negotiating as part of the strategic work of an organization or a company,” Susskind offers. “I think they’ve seen it as an individual task. Just send a person and hope they do a good job.”

He adds: “Negotiation was viewed as a bag of tricks by experienced people. But there was no scholarship. There were stories. What we’ve tried to do is study it in a more systematic way.”

Water, water everywhere: But is there enough to drink?