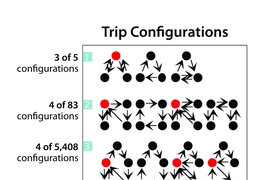 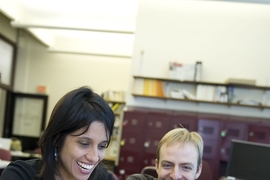 Caption:
The study shows that only 17 trip configurations are used for trips with one primary location and up to five secondary locations. Row 1 shows the trip configurations used for a trip that includes three secondary locations and so on until row 4, which shows the four trip configurations used out of the 1,047,008 that are possible when a trip includes six secondary locations. Trips with only one or two locations make up the two missing configurations.
Credits:
Graphic: Christian Schneider
Studies of human mobility usually focus on either the small scale — determining the origins, destinations and travel modes of individuals’ daily commutes — or the very large scale, such as using air-travel patterns to track the spread of epidemics over time. The large-scale studies, most of which are made possible by the vast data generated and collected by new technologies like sensors and cellphones, are very good at describing the big picture, but don’t provide much detail at the individual level. Smaller-scale studies have the opposite characteristic: Their findings generally can’t be scaled up from the individual to be applied broadly to populations.

But a new study led by MIT’s Marta González bridges that gap. It uses big data and the methodologies of statistical physics and network theory to describe the daily travel behavior of individuals, behavior that holds true at the larger scale of the entire population of two cities on different continents.

The study, published in the May 8 issue of the Journal of the Royal Society Interface, shows that people in Chicago and Paris make their secondary trips — those in addition to their primary commutes — in a consistent and expeditious manner, using only 17 of more than 1 million possible trip sequences for up to five secondary locations.

The most important aspect of the study, González says, is that because the 17 trip configurations hold true across the board, they represent “motifs” in network theory. Motifs are patterns that occur with such frequency that the statistical probability of their random occurrence is negligible. The motifs indicate that the study has uncovered a simple, basic principle that can be applied broadly in more complex models.

“The existence of a motif means our predictive model can be based on a relatively simple mathematical formula rather than on more complex econometrics that try to account for all the different types of human behavior,” says González, the Gilbert Winslow Career Development Assistant Professor in MIT’s Department of Civil and Environmental Engineering (CEE). “For a physicist, this is key. With our model, we can now add drops of complexity — such as the types of secondary locations — to get a more complete picture.” 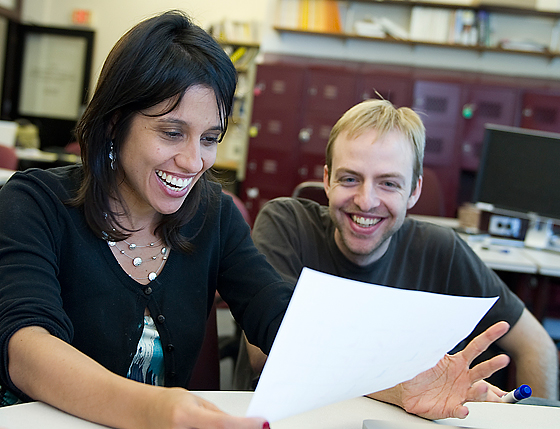 Chaoming Song, a research assistant professor of physics at Northeastern University who studies human mobility and complex networks in a range of fields and who was not involved in this research project, agrees with González.

“When working at the large scale you assume that everything is random. The motif captures the failure of that assumption, and for network scientists, this indicates a successful theory,” Song says. “González and [colleagues] have derived a simple formula, which indicates the study has achieved a very deep understanding of the phenomena and that it has predictive power. But the real beauty of their model is that it connects two layers. It tells how individuals behave, yet is simple enough to use at the large-scale, population level.”

Christian Schneider, a postdoc who is first author on the paper, calls the model the “perturbation model.”

“Once a person does a single ‘flexible’ trip beyond the primary commute, they are 10 times more likely to make an additional flexible trip rather than going directly back home. So I say they’re in a perturbed state,” Schneider says. An example is if a person goes from work to a restaurant, they will then be more likely to go for dessert at another establishment than they would be if they had gone home for dinner.

“The motifs tell us that people seem to travel quite efficiently,” Schneider says. If a person returned to the home location between trips, the total travel time and distance would be much larger. Additionally, people seem to plan ahead, thus they avoid revisiting a location.”

The research team — which also included Vitaly Belik, a former CEE postdoc, who is now a postdoc at the Max Planck Institute for Dynamics and Self-Organization in Göttingen, Germany; and Thomas Couronné and Zbigniew Smoreda, research faculty at France Telecom — used Paris cellphone data for 154 days and a Paris travel survey covering a single day. The researchers used one day’s data taken from a Chicago travel survey.

The research was funded by grants from the New England University Transportation Center, the NEC Corporation Fund, the Solomon Buchsbaum Research Fund and the Volkswagen Foundation.

Hydrogen fuel has long been seen as a potential key component of a carbon-neutral future. At the 2022 MIT Energy Initiative Spring Symposium, industry experts describe efforts to produce it at scale.