A new vision for people in space 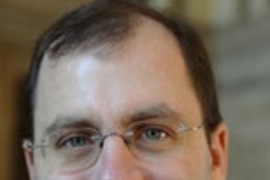 A team led by MIT researchers released on Monday, Dec. 15, the most comprehensive independent review of the future of the nation's human spaceflight program undertaken in many years. The report recommends setting loftier goals for humans in space, focusing research more clearly toward those goals, and increasing cooperation with other nations and private industry.

After conducting preliminary briefings with various stakeholders in Washington, team members say it has been enthusiastically received by political leaders, a National Research Council panel, and the Obama transition team, among others.

"We need to rethink the rationales for human spaceflight," says the report's lead author David Mindell, professor of engineering systems and director of the program in Science, Technology and Society at MIT. He says that after the Washington briefings, "we sensed a great deal of uncertainty in DC about how to proceed with the Bush vision and human spaceflight in general. Our paper speaks to those problems in a clear way and offers some new ideas."

The report offers "primary objectives" for sending human beings into space as those that can only be accomplished through the physical presence of human beings and are worthy of significant risk to human life. Says Mindell, "we argue for including notions of risk, human experience, and remote presence into the fundamental rationales for sending people into space. The results show that the United States might want a rather different human spaceflight program from the one now planned."

And it is essential that whatever goals are set for human spaceflight, the funding should be adequate to meet those goals. "Trying to do too much with too little is exactly what caused the last two shuttle accidents," he says.
Â
Among the report's major conclusions are that the United States should be cooperating more on human spaceflight, both with other nations -- including China and India -- and with commercial ventures such as private rocket companies. The nation should also set ambitious goals for long-term exploration, and make sure that near-term work is geared toward those ends. In addition, a comprehensive strategy of basic research is needed to lay the groundwork for these longer-range goals.

Some of the key recommendations from the MIT report:

Reporters can obtain a PDF version of the full report by contacting the MIT News Office or at http://web.mit.edu/mitsps