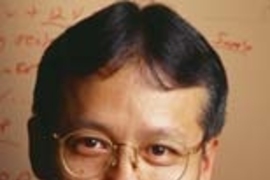 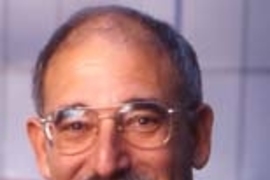 In announcing the appointments, Moss emphasized the key roles that Ishii and Lippman will play in helping to realize new directions for the Lab. "As the Media Lab explores creative ways for technology to have a lasting impact on people and society, we will also be looking for deeper collaboration with industry, to bring important innovations to the real world," says Moss.

Ishii is best known for creating the field of Tangible User Interfaces to realize seamless connections between humans, digital information, and the physical world. A faculty member at the Media Lab since 1995, Ishii holds the Muriel R. Cooper Professorship of Media Arts and Sciences, heads the Tangible Media research group, and co-directs the Things That Think (TTT) consortium. His work focuses on inventing the future of digitally augmented objects and environments. Before coming to the Media Lab, Ishii spent the majority of his career at NTT (Nippon Telegraph and Telephone Corporation), where his research team pioneered video-mediated remote collaboration media that created shared workspaces across distances.

"New technologies become obsolete after one year, and applications are replaced within 10 years, but true vision lasts much longer," says Ishii. "As associate director, I will work to collaborate with my colleagues and sponsor companies to sustain an exciting intellectual environment at the Media Lab for years to come-encouraging the Lab to continue to defy gravity and inspire the world."

A founding member of the Media Lab, Andrew Lippman has a more than 30-year history at MIT. He established and has directed the Digital Life consortium, which focuses on the confluence of technical invention and human understanding to create a networked world where communication becomes fully embedded in our daily lives. Lippman heads the Lab's Viral Communications research group, which focuses on constructing infrastructure-free, scalable, collaborative systems that permit uncontrolled growth and use minimal power-systems that move intelligence "from the trunk to the leaves." He also co-directs MIT's interdisciplinary Communications Futures program. While on sabbatical for the 2007-08 academic year, Lippman is a Visiting Fellow at Nortel, one of the Lab's corporate sponsors. He will assume his new duties upon his return to the Lab in September.

"I expect to return from my sabbatical with a broader view of how the Media Lab can best bridge the worlds of academia and industry, and energized about how I can help the Lab grow in impact and depth of research," says Lippman.

About the MIT Media Lab

The MIT Media Lab applies an unorthodox research approach to envision the impact of emerging technologies on everyday life-technologies that promise to fundamentally transform our most basic notions of human capabilities. Unconstrained by traditional disciplines, Lab designers,
engineers, artists, and scientists work atelier-style in some 30 research groups conducting more than 400 projects that range from neuroengineering, to how children learn, to developing the city car of the future. Lab researchers foster a unique culture of learning by doing, developing technologies that empower people of all ages, from all walks of life, in all societies, to design and invent new possibilities for themselves and their communities. For more information about the Media Lab: http://www.media.mit.edu.

A version of this article appeared in MIT Tech Talk on May 7, 2008 (download PDF).