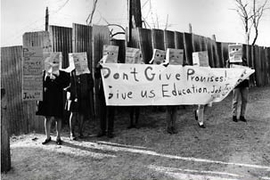 ↓ Download Image
Caption: Images from a 2006 exhibit, 'RFK in EKY, 2004,' by John Malpede at MIT's Center for Advanced Visual Studies. Thanks to an NEA grant, Malpede will be an artist in residence at CAVS.
Credits: Photo courtesy / CAVS 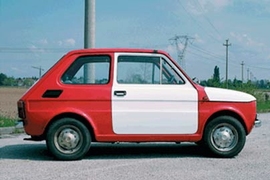 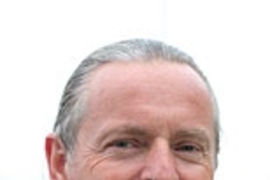 Caption:
Images from a 2006 exhibit, 'RFK in EKY, 2004,' by John Malpede at MIT's Center for Advanced Visual Studies. Thanks to an NEA grant, Malpede will be an artist in residence at CAVS.
Credits:
Photo courtesy / CAVS

MIT's Center for Advanced Visual Studies (CAVS) has been awarded a $40,000 grant from the National Endowment for the Arts (NEA).

The grant, awarded in the category "Access to Artistic Excellence," will support multi-tiered, interdisciplinary residency programs with two of the world's most acclaimed contemporary artists, performer John Malpede and sculptor Simon Starling.

"I am really delighted and gratified," said CAVS Associate Director Larissa Harris. "We've worked hard on creatively redeveloping the center over the last two years, and this grant is an unusual acknowledgement of our efforts and our potential."

Directed by Krzysztof Wodiczko, professor of visual arts and an internationally renowned contemporary artist, CAVS commissions and produces new artworks and artistic research within the context of MIT. The organization currently invites approximately 10 artists per year to MIT to show their work and conduct a site visit, in order to propose a longer project for the future. Both Malpede and Starling were previously visiting artists at CAVS.

John Malpede is a performance artist/director and founder, in 1984, of the Los Angeles Poverty Department, the first performance group in the nation comprised primarily of homeless and formerly homeless people creating theater that grows out of their daily lives.

As a visiting artist at the center in April, Malpede presented documentation of his project "RFK in EKY, 2004," a re-enactment of Robert F. Kennedy's 1968 tour through eight impoverished towns in southeastern Kentucky, performed by local residents and members of the original expedition.

Malpede has proposed for the center an as-yet-untitled performance based on the ideas behind the open source movement and the battle around free access to knowledge and information. Some of the most -- if not the most -- important activism and innovation on these topics came out of, or is going on at, MIT.

Simon Starling, who won the Turner Prize in 2005, is a British-born artist whose sculptures, such as a Polish-Italian Fiat, a reconfigured bicycle and homemade replicas of Eames chairs, weave eccentric, transformative stories from familiar objects, translating them from one state of being to another.

Starling presented his work at CAVS this spring and is partnering with the center and the Massachusetts Museum of Contemporary Art to research and produce tiny autonomous flying sculptures inspired by the museum's giant exhibition space.

In 2004, the center began a new phase as a curated program. It currently facilitates exchanges between internationally known and emerging contemporary artists and MIT's faculty, students and staff through public events, support for long-term art projects and residencies for MIT students and selected local artists. CAVS has hosted visits by Acconci Studio, Miranda July and Seth Price, and new projects by Michael Smith and the Center for Urban Pedagogy, while seeding a new art-making community in Greater Boston.

Projects by CAVS fellows are presented to the public several times over the course of a residency: as lectures, workshops, participatory events or other presentations while the work is in progress, and in culminating exhibitions, performances or screenings. Audiences will also be able to follow a project's progress via a regularly updated web site.

"These grants and fellowships underscore the NEA's role in bringing the highest quality art to the most people possible," said NEA Chair Dana Gioia about the Access to Artistic Excellence awards. "From public artworks to professional development opportunities to literary fellowships that foster developing talent, these grants represent a valuable investment in American art that will serve the American people."

The CAVS grant is one of 848 awards totaling more than $19 million in the NEA's first round of funding for the fiscal year 2007. Grants totaling $713,500 were awarded to 28 cultural institutions in Massachusetts. For more information see www.arts.gov/news/news06/Announce12-06.html.

The Center for Advanced Visual Studies is part of MIT's School of Architecture and Planning. For more information see cavs.mit.edu/.

A version of this article appeared in MIT Tech Talk on December 20, 2006 (download PDF).