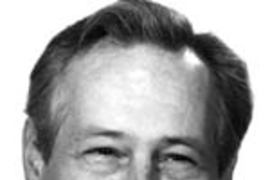 Professor of Nutritional Biochemistry Vernon Young, who revolutionized scientific understanding of how the human body processes nutrients into protein, died March 30 of complications from renal cancer. He was 66.

"Our conception of how much protein people need to consume is significantly different than it was 20 years ago, largely because of Vernon Young's research," said Professor Richard Wurtman, director of MIT's Clinical Research Center.

Young, who was also affiliated with MIT's Computational and Systems Biology Initiative, focused his research on how the body metabolizes amino acids obtained from eating protein. "He developed and utilized highly quantitative methods for determining how much of the 22 amino acids the body needs and thus, indirectly, how much protein people really need to eat according to their age, general health and other factors," Wurtman said. "He took a field that was almost totally qualitative and made it highly quantitative."

Young's research could literally be seen at breakfast tables across the world, according to his youngest son, Richard. "If you look at a cereal box and read the dietary intake, you should think of my father because he was responsible for changing that," he said. "His research had a direct impact on people's daily nutritional intake."

Young also sought to transfer his research into practical applications, said Alfred Ajami, a close friend of Young's who worked with him for 26 years on such applications.

"He had the bulk of 100 years of vitamin and food science against him and turned dogma on its head with the MIT formula he developed for the right mixture of amino acids in order to make proteins that optimize health," said Ajami, chief scientific officer for Xanthus Life Sciences of Cambridge, Mass. "He set the basis for improving health outcomes not only in developed nations, but in developing countries by changing the rule of what constitutes the necessary nutrition for growth. His work on amino acids showed that pennies' worth of change from one mixture to another could have an enormous outcome on human development."

Besides his MIT work, Young held lecturer and other positions at Harvard Medical School, Massachusetts General Hospital (MGH) and Tufts University. He served as director of research at Shriners Burns Institute in Boston from 1988-90 and was director of the mass spectrometry laboratory at Shriners Burns Hospital since 1991. In 2001, Young was named to the board of directors of Nestle Corporation, which sought his nutritional expertise.

Among other honors, Young won the Bristol-Myers Squibb/Mead Johnson Award for Distinguished Achievement in Nutrition Research in 1995 and the Danone International Prize for Nutrition in 1997. He was elected to the National Academy of Sciences in 1990 and to the Institute of Medicine in 1993 in recognition of his scientific accomplishments in the field of human nutrition. He authored more than 600 publications.

"He had great Welsh stamina, was brilliant, considerate and a hard worker," said Betty Griffin, his administrative assistant at MIT for 18 years.

Besides his son Richard, who lives in Newton, Young is survived by his wife Janice of Wellesley and sons Christopher of Boston, Andrew of Newton, Michael of Boston and a daughter, Patricia Young of Needham.

A wake for Young will be held Friday, April 2 from 4-8 p.m. at George F. Doherty & Sons Funeral Home in Wellesley. A funeral mass will be said on Saturday, April 3 at 10 a.m. at St. John the Evangelist Church (9 Glen Road, Wellesley), followed by burial at Woodlawn Cemetery in Wellesley. A memorial service will be held at MIT at a later date to be announced.

Donations in Young's memory may be made either to the American Cancer Society or St. John the Evangelist Church.