Volunteering not seasonal at MIT 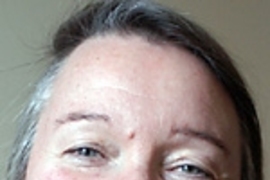 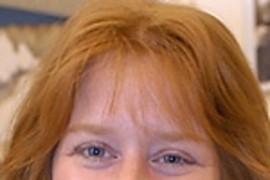 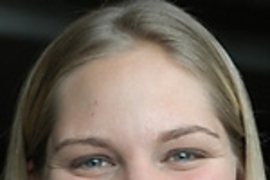 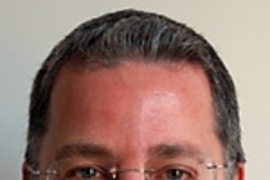 The spirit of community service at MIT is most visible during the holiday season, when the Community Giving campaign is in full swing and bell-ringers for the Salvation Army provide a soundtrack on the steps of 77 Massachusetts Ave.

But members of the MIT community volunteer their time, energy and expertise in many ways throughout the year. The following snapshots focus on some MIT employees whose generosity is making a difference in the world outside our campus.

An MIT colleague invited Staton to visit the Cambridge Community Center's out-of-school programs for children aged five to 13. She was inspired to volunteer on the spot.

"I went, saw and fell in love with the staff, the place, and more importantly, the work of the center," said Staton, now serving her second term as president of its board of directors. "The timing was right--I'd begun to feel a need to find my place to make a difference in my community, and I was beginning to think of Cambridge as my community." She moved here from Philadelphia in 1997.

Staton sees her volunteer commitment to the Cambridge Community Center as the "least that I can do as a small way of saying 'thank you, and I remember' to all those wonderful people who came through my life when I was a child. Without their support and caring and belief in me, I wouldn't have had the opportunities that I've been fortunate to have had. They made a difference, and so should I," Staton said.

Johnson reads textbooks onto CDs for Reading for the Blind and Dyslexic (RFBD), an organization that offers recordings of printed matter for anyone with limited vision or a reading disability.

Each CD takes days or weeks to complete. Reading for recording is a family tradition; her mother did the same work "decades ago," said Orme-Johnson.

"The Cambridge RFBD studio is within walking distance of MIT and volunteers can work for as little as an hour a week. They're particularly eager to have people who can read scientific and technical material," Orme-Johnson said.

Trickett has worked as a volunteer at the Henry Wadsworth Longfellow national historic site in Cambridge since 2002, designing and producing "Uncovering the Treasures of Castle Craigie," a scavenger-hunt-style discovery booklet, and developing a series of educational activities.

While working on the program, Trickett "spent time with children, helping them with hands-on activities such as journal making and quill pen writing."

She enjoys working with the National Park Service, which administers Longfellow House as well as many other historic sites. "I'm gaining valuable experience in developing educational museum programming for families. I'm improving my research skills, using my writing skills--especially in learning how to write to kids--and I'm developing my interest in design and layout," Trickett said.

One Saturday morning each month, Wojtkun escorts patients past protestors as they enter the the Planned Parenthood League of Massachusetts (PPLM) clinic on Commonwealth Avenue in Boston.

Wojtkun was inspired to volunteer after she witnessed patients being harassed as they tried to enter the clinic. "It really upset me that the women making the already difficult decision to have an abortion had to fight through a crowd of anti-choice people who were insulting them and yelling at them," she said.

"Working at PPLM helps me feel proactive instead of angry at the protesters. Although it's tough to be across town at 7:30 a.m. on a Saturday to stand outside for hours, especially in February, I would never stop escorting. If one young woman feels safer because we were there to walk her inside, then it's worth it," she said.

Pepper started volunteering at the Mount Pleasant Home in Jamaica Plain in 1995 when a member of his church moved there to recover from an auto accident.

"She nagged our church leaders until they agreed to provide a weekly worship service. Several of us began taking turns leading a Sunday afternoon time of singing, Bible reading and prayer. We delighted in the residents' enthusiasm," Pepper said.

Forty-four people with a median age over 80 live at Mount Pleasant, where Pepper leads a service once a month.

"There are some Sunday evenings when I drag myself there reluctantly. But new spirit energizes us as we pray and sing together. The holiest moment comes when I offer each person a piece of bread and a sip from the cup, speaking their name in the blessing. I can't fix all the problems of the thousands of poor elderly people in our country, but by patient offering and faithful commitment I can help keep 44 of them in touch with their spiritual roots," Pepper said.