U.N. weapons inspector in Iraq to speak at MIT 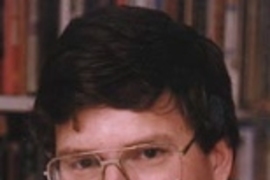 Scott Ritter, the former chief of the United Nations Special Commission inspection team (UNSCOM) assigned in 1991 to locate and destroy Iraqi weapons of mass destruction in the wake of the Persian Gulf War, will participate in a panel discussion on Thursday, Sept. 26 in Room 34-101.

His talk, "Cause for War? Assessing the Bush Administration's Case Against Iraq" begins at 7 p.m. A second speaker, Stephen Walt, professor of international affairs at Harvard University, will be followed by general discussion. The event is sponsored by the MIT Technology and Culture Forum and is free and open to the public.

Ritter has gained international notice for his vigorous stance against the Bush administration's demonization of Saddam Hussein and its willingness to invade Iraq as a feature of the war on terror. Military action against Iraq, Ritter said, will lead to "something worse than Vietnam," with other Arab regimes being drawn into a catastrophic vortex of violence.

"I would simply ask the Bush administration, 'Are you a nation that believes in international law? Is the United States a member of a global community?'

"If we ever left our borders, we'd see that nobody around the world shares the fear factor that we've been promoted about Iraq's weapons of mass destruction, and its links to terror," Ritter said.

He resigned from the U.N. inspection team in 1998 in protest over U.S. policies that he believed subverted the weapons inspection process. Since then he has published a book, "Endgame: Solving the Iraq Problem Once and For All," and a documentary about Iraq.

A ballistic missile technology expert and former major in the U.S. Marines who served under Gen. Norman Schwarzkopf during the Gulf War in 1991, Ritter described himself as a 'die-hard' Republican who voted for Bush in the last election.

But Bush's view of Hussein is dangerously off base, according to Ritter. The "most stringent on-site weapons inspection regime in the history of arms control" convinced him that 95 percent of Iraq's arms had been dismantled, he said. Thus, a unilateral U.S.-led invasion of the country could lead only to its collapse, while ongoing inspections, in exchange for easing economic sanctions, can lead to "rebuilding, the only way to restore a semblance of dignity and peace in Iraq."

For more information, call 617-253-0108 or visit the Technology and Culture Forum web site.