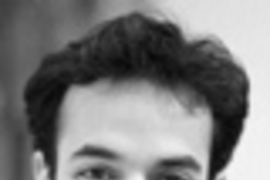 An MIT graduate student who won a large scholarship from the Soros Foundation has decided to share the money -- with MIT and the other schools that educated him.

Vikram Kumar, a 23-year-old medical student in the Harvard-MIT Division of Health Sciences and Technology who came to the United States from India, contacted President Vest last week to say he'd like to make a gift to the Institute.

"Over the past several months of my medical studies in HST, I have benefitted from learning from the greatest minds in science," said Mr. Kumar in an e-mail message to President Vest. "To thank MIT and have her share in my honor, I'd like to give $1,008 of my stipend money to MIT."

As the winner of a Paul and Daisy Soros Fellowship for New Americans, Mr. Kumar will receive $20,000 per year for two years. The fellowship also pays half his tuition for graduate studies for that same period.

Mr. Kumar plans to share the money not just with MIT, but with Harvard, where he'll earn the MD in a few years; Columbia University, where he earned the SB in industrial engineering and operations research last year; the Indian Institute of Technology (IIT) in New Delhi, where he spent his freshman year; and his high school in New Delhi, the Modern School.

"If I hadn't been lucky enough to go to each of these places, I don't think I would have gotten this scholarship," he said in an interview.

He will give each of the schools $1,008, an amount imbued with spiritual and mystical significance for him.

According to ancient Hindu scriptures, "we breathe 10,800,000 times per year. In each breath we take there should be the Lord's name. If we think of God 1/100,000th of the year by saying a mala [a series of chants made using the string of 108 sandalwood Rudraksha beads he wears around his neck], we're getting somewhere," he said.

"I can therefore chant 100,000 malas a year. Or I can make donations in mala units so I can spend more of my mala units napping in class," he said jokingly.

Mr. Kumar added that he also buys stocks and does his trading in multiples of 54, or at least in amounts containing the digits one, zero and eight. "It's worked so far," he said.

Vikram Kumar was born near Buffalo, NY, where he lived with his mother and neurosurgeon father until age 10, when his father decided to take the family back to New Delhi. Vikram's grandfather had built a medical clinic there years ago, and his family now lives in the building, which currently houses a small pain clinic recently established by Vikram's father.

After a year of study at IIT, Mr. Kumar transferred to Columbia University, where he worked in computational neuroscience with Professor Rafael Yuste. The two developed a software program that traces neuronal patterns in the brain. They hope to patent that program and use it in the stock markets or in genomic research, two other areas where uncovering hidden correlations could be useful and lucrative.

Mr. Kumar chose medical school in the HST program because it fit his interests to a T. This summer he'll begin doing research with Professor Alexander Pentland in the Media Lab.

"It was perfect. I'm an engineer and I want to do medicine," he said. "The quality of things being done here blows my mind."

While he doesn't know yet which aspect of medicine most appeals to him ("wherever my research fits in best"), he shows a remarkable concern for the feelings of the sick.

"How people heal is directly related to how they feel [about the process]," he said. "Right now patients have no control. They play the smallest role in their healing and they should play the largest role." He hopes that his research in wearable computers with Professor Pentland will bring comfort to patients and their families. "I want to use technology to humanize medicine," he said.

The Soros Fellowships are awarded annually by the Paul and Daisy Soros Foundation to 30 accomplished young immigrants (or children of immigrants) to the United States.

Ms. Phan's family left their home in NaDang, Vietnam, joining the exodus of "boat people" from that country in 1980. Robbed by Thai pirates and left adrift, the family finally reached Hong Kong and later moved to San Diego. As a child, Ms. Phan earned money by gathering cans and newspapers for recycling; she later graduated from an inner-city high school and went on to the UC-Davis, where she became leader of two women's honor societies and completed an honors thesis.

Alexander Akheizer, a third-year graduate student in chemistry, was named a Soros Fellow last year. Mr. Akheizer, who works with Professor Jun Liu at the Center for Cancer Research, immigrated with his family from the Soviet Union in 1993.

Ha Yan Lee, another of this year's Soros Fellows, has been accepted for entry in 2000 to the graduate program in economics at MIT.